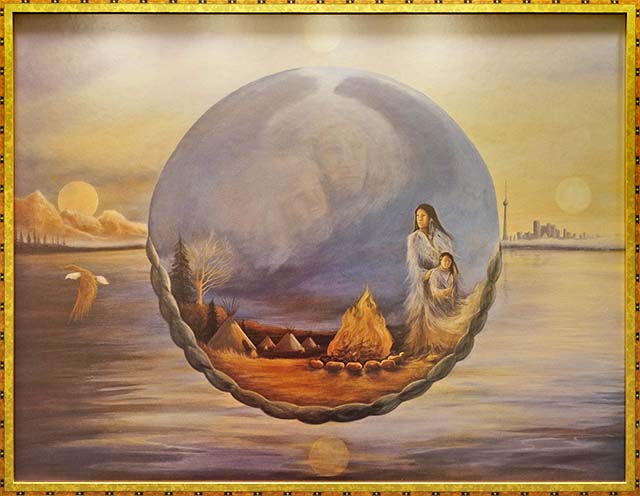 When news of the 215 unmarked graves at the former Kamloops Residential School landed in Edmonton, an elder in the Sacred Heart Church of the First Peoples wanted to put out a statement in Cree. The problem is that survivors of the residential school system lost their language when they were children in the schools.

So the Edmonton elder turned to Sacred Heart pastor and Oblate missionary Rev. Susai Jesu to translate the statement from English.

Father Jesu is from India, where he spoke the tribal languages of the sub-continent. When he got to Canada, the Oblates of Mary Immaculate gave him a year to concentrate on learning Cree. It’s a humbling and delicate thing for him now to be asked to help his parishioners express themselves in their own language. He gave it his best shot but asked the elder who brought him the request to check it with Cree elders who may speak other dialects.

Since leaving the Pelican Narrows and Sandy Bay communities 700 kilometres north of Regina, Sask., to become pastor of Sacred Heart more than a year ago, Jesu has placed as much emphasis and energy as he can on language-centred programming at the parish. There is regular recitation of the rosary in Cree, plus Cree and Dene language courses at the parish tied in with study of Indigenous spirituality.

“An action plan is emphasizing and putting effort into language and teachings,” Jesu said. “That, at least in my heart, I have taken seriously since coming here.”

Could Catholics across Canada offer help to Indigenous communities fighting to retain their languages?

“For me, the bigger question would be how could we fund it,” Jesu said.

“Reparations could be language learning,” said emeritus Archbishop of Keewatin-Le Pas Sylvain Lavoie. “That could be as good a place to start as any. Helping people find their buried children is one, but also help learning their language.”

Lavoie spent two years trying to learn Cree but starting in his 60s and balancing his duties as a bishop, he found it difficult. But he recognizes how deeply connected language and culture are. Reversing the effects of what the Truth and Reconciliation Commission called a “cultural genocide” will require repairing the damage done to Indigenous languages.

Cree language guide and former Oblate missionary Steve Andreas, who has designed and taught courses in Cree at Blue Quills University, recently proposed a $200,000 video and audio media project in support of Cree language and culture.

Andreas cautioned against a piecemeal approach that would simply add language recovery to an atonement checklist for Canadians.

“Having respect is of utmost importance as a beginning step for the Catholic Church,” he said.

Land, culture, the environment and language are all of a piece for most Indigenous people.

“Certainly the revitalization of Indigenous languages is important, but it has to be seen in the context of what language really means,” Andreas said. “It is not an isolated topic. It is interconnected with everything that is sacred and profound… The language of a nation is not something in isolation. It connects and carries the ancient ancestral knowledges, carries the ceremonial knowledge, it is spiritual and deeply tied to culture and identity. It is sacred because it comes from the sacred.”

For reconciliation plans to be taken seriously, the Church will have to be engaged in a range of issues, said Andreas.

“How about the Catholic Church especially using their moral authority for putting pressure on governments to honour the treaty right to education and to stand in solidarity, supporting the initiative of original, sovereign nations of this land to receiving the funding to create unique, Indigenous-led immersion educational centres… without having to be under the authority of the Catholic Church,” Andreas said.

Canadian Catholics don’t have time for endless agonizing over how and when to address the residential school history, said Andreas.

“Now is the time to embrace this opportunity to make amends,” he said. “Restitution is necessary, not merely sympathies and apologies. We must make things right — right the wrongs. That’s how good relationships are built and restored.”