When Fr. Cristino Bouvette of the Calgary Diocese became a priest, he dreaded telling his kokum, or grandmother – a…
Continue Reading 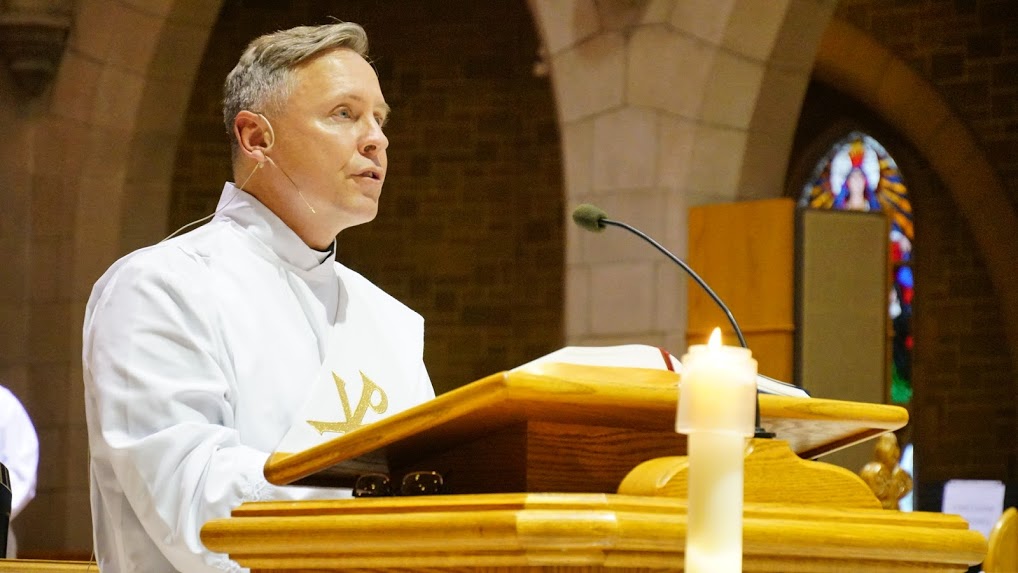 Holy Orders is the sacrament through which the mission entrusted by Christ to his apostles continues to be exercised in the Church until the end of time; thus it is the sacrament of apostolic ministry (CCC, 1536.)  It includes three degrees: deacon, priest and bishop.

Episcopal ordination and consecration is the third and fullest level of the Sacrament of Holy Orders, and follows ordinations as deacon and priest. In an episcopal ordination, three bishops lay hands on the priest being ordained a bishop, and his head is anointed with chrism oil, an oil blessed by a bishop for use in sacraments. The bishop has a three-fold mission to teach, govern, sanctify the faithful of his diocese, sharing these duties with the priests and deacons who serve under him.  As a prophet, he shares and promotes the Word of God. As a shepherd, he cares for all people in the diocese where he is appointed by the Pope to serve, especially the poor and the suffering. The bishop’s staff (crozier) symbolizes his role as spiritual shepherd of his flock. In his priestly role, the bishop has responsibility for the proper celebration of the liturgy and the sacraments in his diocese.

Presbyteral ordination enables a man to share in the ministry of the bishop. The main roles of the priest are preaching, celebrating the sacraments, and exercising servant leadership after the model of Our Lord. Ordination enables the priest to offer the Body and Blood of Christ in the Eucharist, forgive sins in the sacrament of Reconciliation, and celebrate the sacraments of Baptism, Marriage and Anointing of the Sick. Priesthood also embraces the exercise of spiritual leadership, the teaching of faith and morals, formation of lay leaders, and whatever other duties are deemed necessary by his Bishop or Religious Superior.

Diaconal ordination enables a man to serve the Church through ministries of Word, worship, pastoral care and charity. A deacon may baptize, preach, and officiate at marriages and funerals, but he cannot preside at Eucharist or give absolution. Before someone is ordained a priest, he is first ordained to the order of deacon.

There are also permanent deacons, who serve the Church as directed by the bishop but will not be ordained to the priesthood. Unlike celibate priests in the Roman Catholic tradition, permanent deacons may be married men. Deacons are called to carry Christ and the Gospel to their workplaces, places of relaxation, and to the heart of their family life.

See Other Pages within Sacraments

Anointing of the Sick

Steps to Getting Married