The Nova Scotia Health Authority has assured a Catholic health facility, St. Martha’s Hospital in Antigonish, that it will not have to provide euthanasia within its walls.

“It continues to operate as a Catholic Hospital,” said Michael Shea, president and CEO of the Catholic Health Alliance, adding widespread news reports indicating that the hospital would have to provide Medical Assistance In Dying (MAiD) are incorrect.

The Nova Scotia Health Authority will, however, provide MAiD in a separate building that is not part of the St. Martha’s hospital.

The federal Medical Assistance in Dying law, which took effect in 2016, allows a physician to administer a lethal medication or provide the means for a patient to do so. However, such acts violate the mission of St. Martha’s Regional Hospital and the Catholic ethical tradition of respect for life from conception to natural death.

“We continue to uphold the mission and values of St. Martha’s Regional Hospital for quality compassionate health care,” said Sister Brendalee Boisvert, congregation leader for the Sisters of St. Martha.

In a statement, Sister Boisvert said a Mission Assurance Agreement with the Nova Scotia Health Authority will continue to be honoured, and the Sisters continue to support pastoral care, palliative care and the work of the St. Martha’s Hospital Foundation. 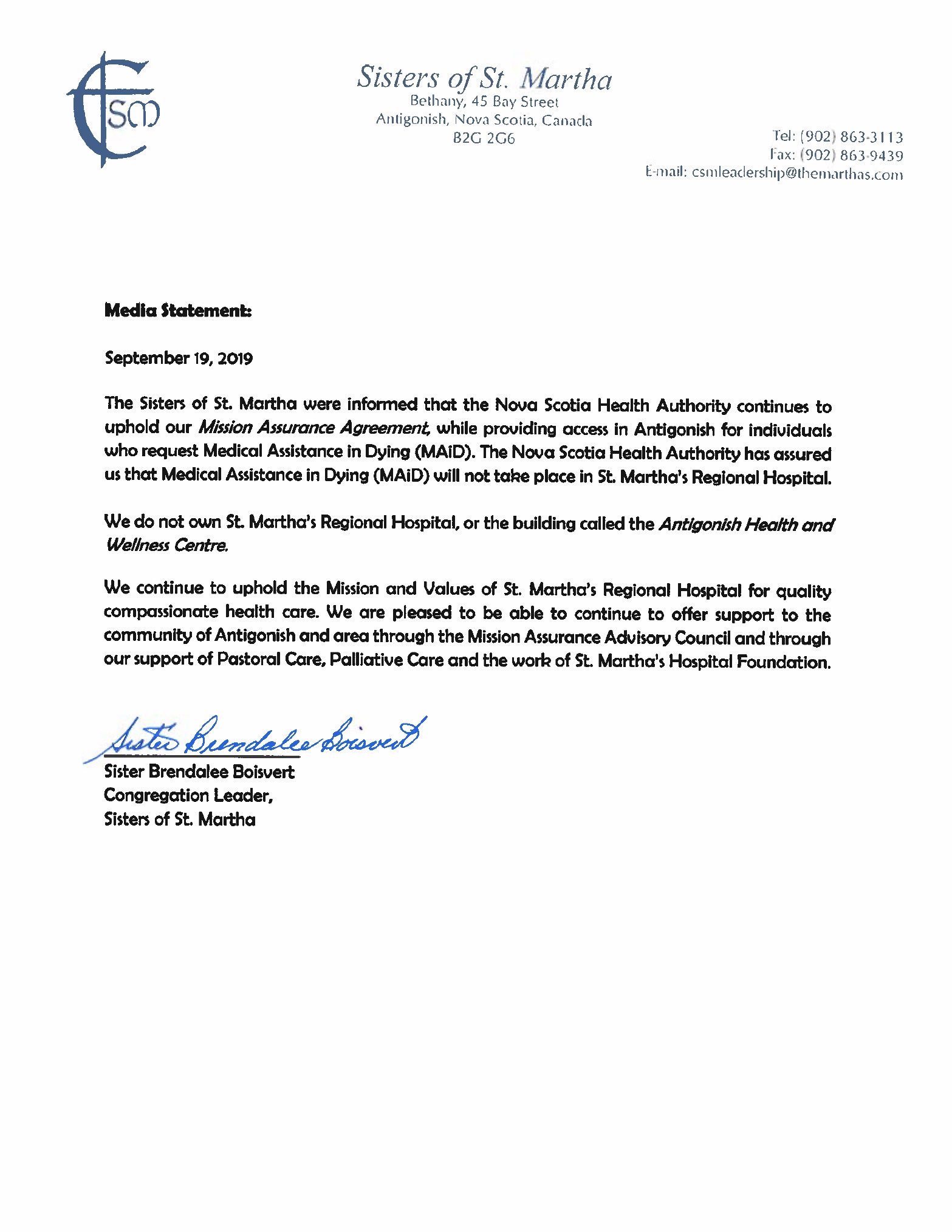