Karen Wildcat has a lot in common with St. Kateri Tekakwitha, her favourite saint.

They are both devout Catholics. They’re both indigenous. And they both feel caught between the two parts of their identity – between two communities that can sometimes feel at odds. It’s a cultural and faith difference that sometimes seems like a chasm, but one that’s bridged by Wildcat’s devotion to Kateri, the 17th-century mixed-race woman who was the first Native American to be recognized as a saint.

“I see her as very devoted and dedicated to prayer … and just being strong in her faith no matter what comes her way, with all that she went through with her family, with all the talk and all the negativeness she had to go through,” said Wildcat, chief organizer of the July 13 St. Kateri Gathering at Maskwacis.

“It’s a tough path, but my destiny is to be with the Lord someday.”

For six years now, Our Lady of Seven Sorrows parish has been celebrating St. Kateri’s life with Mass and a traditional lunch of soup and bannock as close as possible to her American feast day, July 14. At each year’s celebration, children from the parish perform a play based on the life of St. Kateri. That story is deeply personal for Wildcat.

Known as the “Lily of the Mohawks,” Kateri Tekakwitha was born in 1656 in upstate New York to a Catholic Algonquin mother and a Mohawk chief. After her baptism, she lived a faith-filled life at the Jesuit mission of Kahnawake in Quebec until her death from tuberculosis in 1680 at the age of only 24.

Wildcat says that many women of the parish relate to St. Kateri, working to reconcile their indigenous and Catholic identities against strong criticism, just as Kateri, refusing the path of marriage laid out by her family, alienated some in her communities by leading a life devoted to God.

“I experience judgment, criticism, talk because of my faith and belief in the Church as I journey in my everyday life,” said Wildcat, an administrative assistant and member of Ermineskin First Nation.

“I’m very thankful that the people I work with respect my belief. But I know, in our other places, when we gather — it’s not just me, I speak for other women — we have to hear things about ‘That’s not our culture. That’s not our way of life.’

“That’s where Kateri comes in. We can pray to her and ask her to intercede for us to our Heavenly Father, so we can be strong. There are times I’ll speak up and say ‘We need to respect each other’s beliefs.’”

“I was thankful that I didn’t experience what others experienced. I learned to pray and to believe in God even though throughout my life, I had a grudge against them because of things in my life growing up.”

Wildcat herself attended residential schools in her home community of Ermineskin First Nation for about four years in the late 1970s. She left the Church, but after years apart, re-committed herself in 1994.

“Eventually when I came back. I apologized. I was so sorry for not allowing God in my life. Otherwise my life would have been different. Not easier. But at least I would have been at peace more.”

Wildcat said hers is not an isolated case.

“Many of our First Nations women can readily relate to Kateri’s journey of faith. They encounter these same challenges, difficulties at home, at [their] workplace, in many different gatherings, on an almost daily basis,” said Sister Josefina Pollentes in her reflection on St. Kateri: Thoughts On St. Kateri.

Sister Josefina is House Superior of the Congregation of Sisters of Merciful Jesus, which participates in the St. Kateri Gathering each year. The congregation’s Canadian branch is based in Maskwacis.

Speaking of local indigenous women, Sister Josefina says “Many of them have grown achieving Kateri’s steadfast and humble firmness, to remain in the truth of their faith. And many of them are rising positively in affirming their belief and practice of faith.”

“One beautiful teaching of St. Kateri was the beatitude of forgiveness. She rose above the afflictions she received from those around her, even from her loved ones. She bore no grievance against them. St. Kateri embraced her crosses with gratitude.”

As a Church, “we have to really respect where people are at,” added Archbishop Emeritus Sylvain Lavoie, the celebrant and homilist at Mass during this year’s St. Kateri Gathering. “We’ve got a lot of work to do in terms of presenting an image that’s much more warm, forgiving, merciful, which Pope Francis is certainly trying to do.”

The St. Kateri Gathering was started by Mary Sotto who died at age 86. Her wake was held during last year’s event. A strong personality, Sotto talked to Wildcat often and convinced her to help stage the event. When Sotto knew she was dying, she asked Wildcat to take over as the main organizer.

Wildcat had two surgeries around the time of the first St. Kateri Gathering in 2014. Her weight reduced dramatically to about 80 or 90 pounds. “She actually touched my heart for healing.”

For her part, Wildcat said she’s proud to be both Cree and Catholic whose Canadian branch is based in Maskwacis, reflected in her own healing she received from St. Kateri, patron saint of the environment, and in the hours involved in organizing the gathering.

“Every year if we can touch someone’s heart just so they know she exists and be known for her healing and virtuous life that she lived, so we too can focus on those virtues,” said Wildcat. “She’s for our environment, and right now our world is in the need for such much prayer for Mother Earth.” 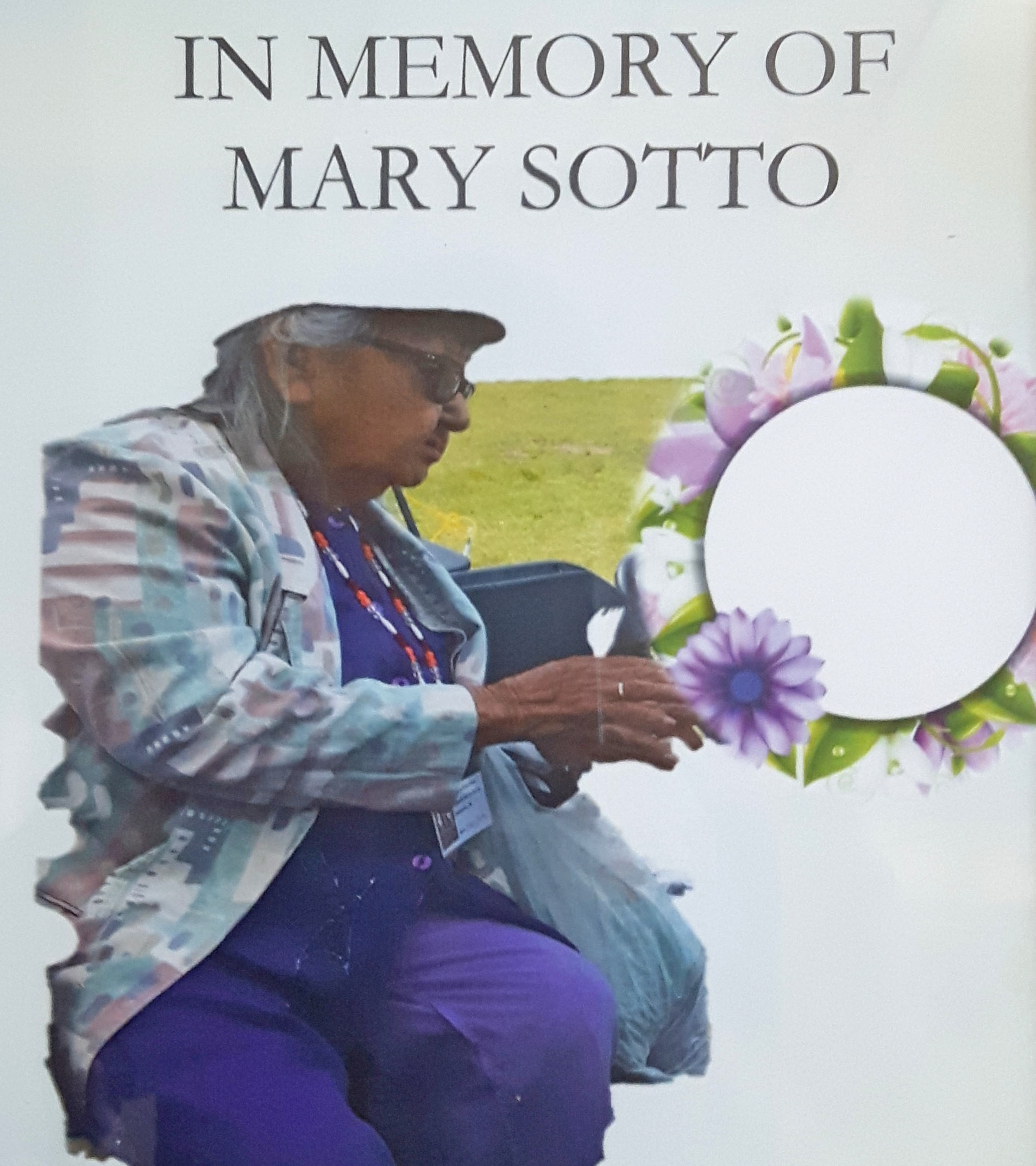 Deacon Jose Huevo said devotion to St. Kateri helped him bridge him his own cultural divide, between his native Salvadoran community, and the new life he has built in Canada since 1982.

He left El Salvador after his family was threatened. Catholics were branded as communists. He was part of the National Evangelization Team, in close contact with slain Archbishop Oscar Romero.

After he started ministry at St. John Bosco parish in Edmonton, Deacon Huevo felt that cultural divide. “It wasn’t serious, or discouraging,” he said, “but you could feel it”. It’s taking time, but he is bridging that gap.

Huevo said, from his personal experience, his message to others who are struggling is “to be strong in faith, to be totally, totally trusting in the Lord. No matter what storms in life will blow your way, you will have the strength to face them. St. Kateri is something special.”