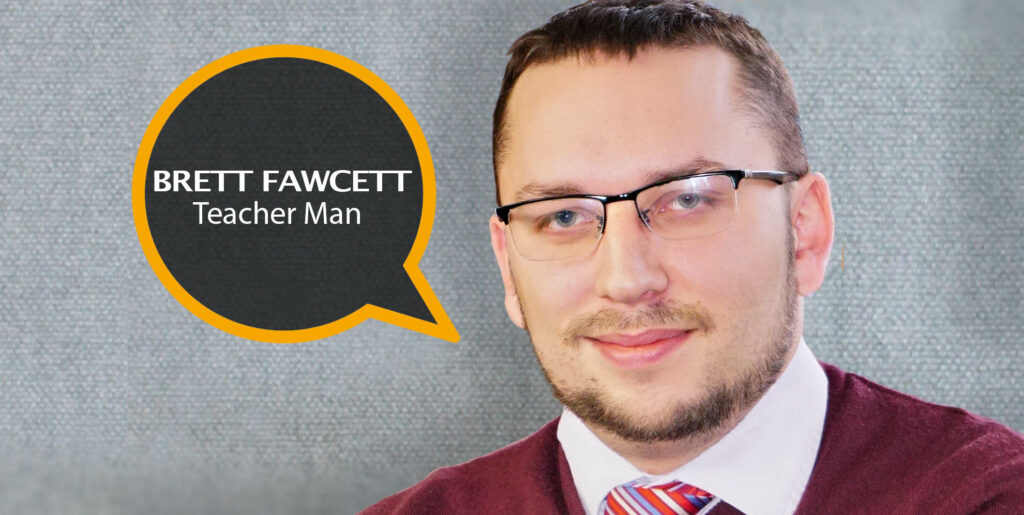 Such clauses typically require that teachers participate in the sacraments and model Catholic values, such as the Catholic understanding of marriage, inside and outside the classroom. In Calgary it has led to an accusation of discrimination on the basis of sexual orientation.

Grandin Media asked Brett Fawcett, a teacher and columnist, to speak to the issue. Fawcett has a unique perspective, having been a teacher in both Catholic and Public schools. Fawcett has degrees in theology and education and is the winner of the 2018 Lieutenant Governor’s Award for Excellence in Social Studies Education.

One important aspect of formation for teachers is a stress on the fact that you are a teacher 24 hours a day. Your behaviour is just as important (if not more so) than your verbal instruction, because what you do teaches and influences just as much (or more) than what you say.

This applies in the classroom and out of the classroom, because — especially in the social media age —there is practically no time or place where a student, or someone close to a student, couldn’t potentially encounter you.

As a result, as teachers, we are warned not to take photos of ourselves doing offensive things, even if we don’t intend to share them. We are warned not to gossip about our students or co-workers at a coffee shop, even one far from work, because you never know who might overhear you. We are even warned to be careful when we are coming to school not to jaywalk or drive recklessly because conceivably, a student could see that example.

Your example doesn’t start the moment you set foot in the building. Teaching is like ministry this way: you don’t exactly have a “private life” apart from your vocation. Your entire life is supposed to correspond with the example and curriculum you put forward in front of your classroom.

The 1996 Malcolm Ross Supreme Court case in New Brunswick (which dealt with a teacher who made publicly discriminatory statements in his off-duty time) definitively stated this, and specifically stated that even Charter freedoms could be limited in the case of teachers, because the standard of behaviour that the job requires of them is higher than for the average citizen.

It can be difficult to live up to these standards as a teacher; you might be out drinking with your friends and want to unload or just do something goofy to relax. But that is the commitment you make when you take up this vocation.

There are obviously general principles of appropriate private conduct that apply to all teachers.

It seems natural that schools with a specific programming or focus might have additional requirements of their teachers to make sure their lives are not interfering with the mission of the school.

Having taught at both Catholic and secular schools, my experience is that working at almost any school will require a level of having to accommodate yourself to that school’s mission.

A teacher at a secular school has to agree not to openly evangelize his or her students, even if that person’s faith may be an important part of their personal identity and religious expression may be a Charter right.

The obligations can be challenging, but they are part of what you accept when you choose to teach the students at a particular school.

It is totally appropriate for Catholic schools to ask their teachers to live lifestyles that do not contradict the Catholic faith that the school is promoting. Of course, an important part of living a Catholic lifestyle means treating all people with charity and dignity as persons created in the image of God at all times.

A school where all the staff and administration are genuinely committed to living that out would be a great place to work and to learn.