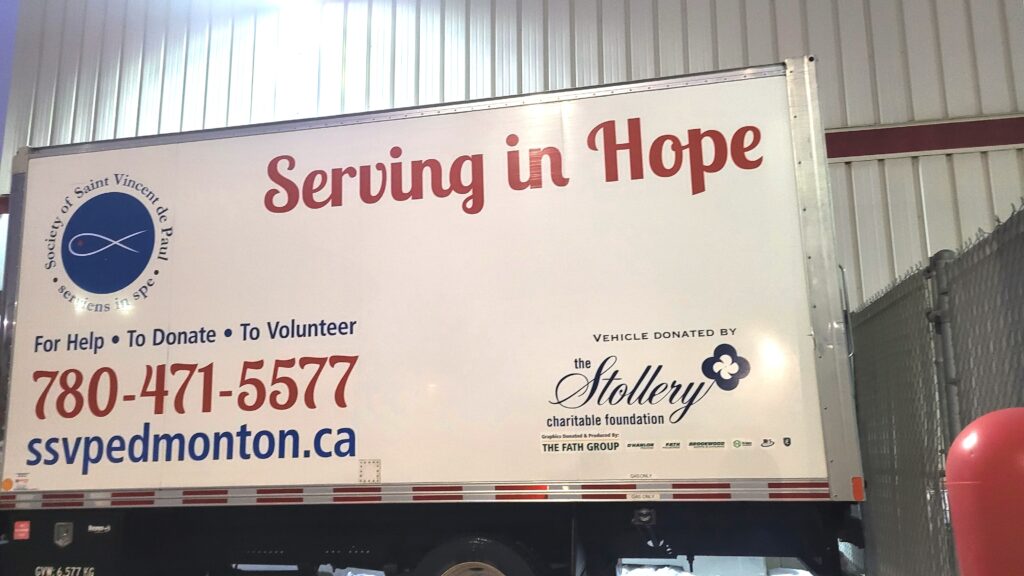 Members of the Edmonton Society of Saint Vincent de Paul (SSVP), a charity that provides food, furniture and household items to people in serious need, fear it is being targeted following the vandalism and theft of two of their trucks on the same night.

The Society maintains a fleet of six trucks that volunteers use to pick up donations and deliver items to those in need in the Greater Edmonton Area. The white vehicles  ̶  all marked prominently with the society’s name, logo, and helpline phone number (780-471-5577)  ̶  are parked at various sites in the region.

On January 11, volunteers discovered vandalism on one truck in St. Albert, the apparent result of a failed theft attempt, and the successful theft of another truck in Edmonton’s Argyll neighbourhood. The stolen truck has since been recovered, although the catalytic converter was removed.

Possible suspects were not identifiable on video: 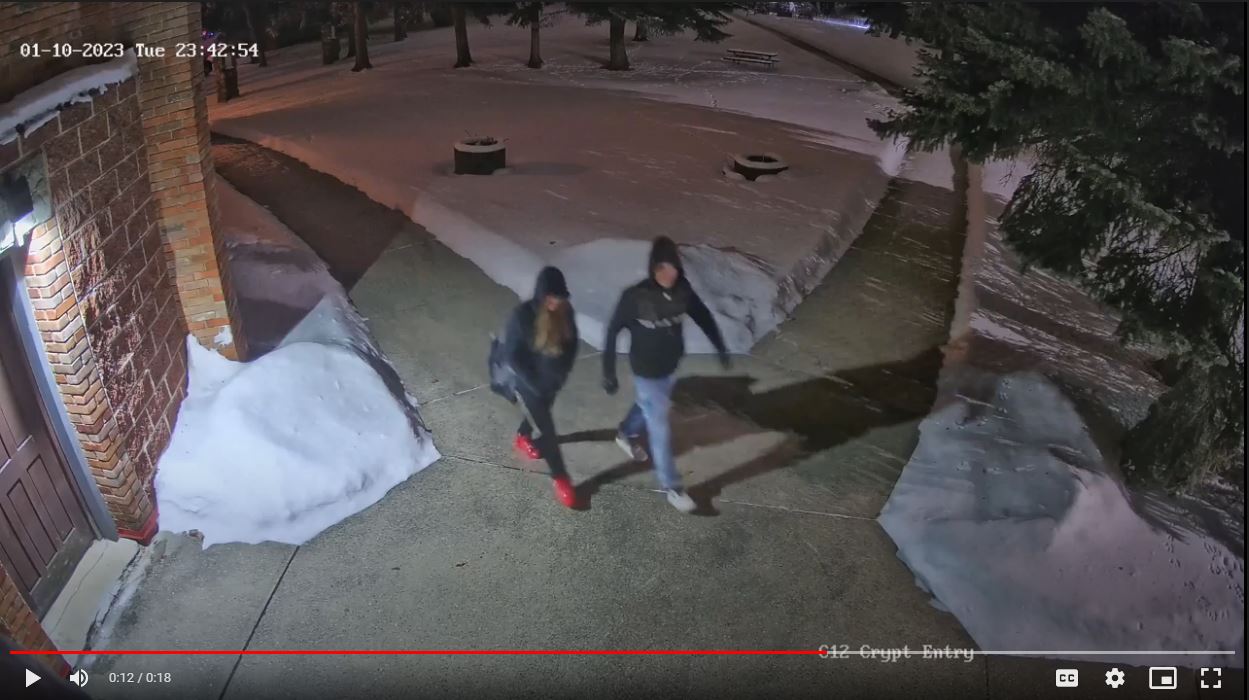 The latest incidents follow several acts of vandalism over the last year, including six thefts of catalytic converters and two trucks damaged during theft of gasoline.

“Our members are heartbroken by this latest news, because it appears to be a targeted attack by someone deliberately seeking out our vehicles,” said Randy Yatscoff, president of the society’s Edmonton Central Council.

“It tells us there seems to be an increasing level of desperation in some of our citizens, which is very concerning. But the saddest thing is that these attacks hamper our ability to help our neighbours in desperate need. For a family whose kids are eating or sleeping on the floor, it means we now have to scramble to bring them a bed or kitchen table. And every time we have to repair a truck that has been vandalised, we are spending money that should go to serving the poor.”

Unfortunately, demand for the society’s services has increased sharply. Calls to the helpline totalled 6,039 in 2022, compared with 2,527 in 2021. SSVP Edmonton has about 600 volunteers and no paid staff. Its services are financed through charitable donations, grants from various sources, charity sales, and the Vinnies Treasure Shoppe retail outlet. It is part of the worldwide Society of Saint Vincent de Paul, a lay Catholic organization whose mission is to serve Jesus Christ through service to the poor.

Any donations to the Society of Saint Vincent de Paul will help, Yatscoff said.

“We don’t have money to buy a new truck. Insurance won’t cover everything, It’s the same with the catalytic converters,” he said in an interview. “We would rather be buying beds and food for the poor.”

The stolen vehicle is a 16-foot Isuzu with licence plate CDY0360. Anyone who sees it is asked to contact Edmonton Police Service.

Donations can be made to the Society of Saint Vincent de Paul Edmonton Central Council.