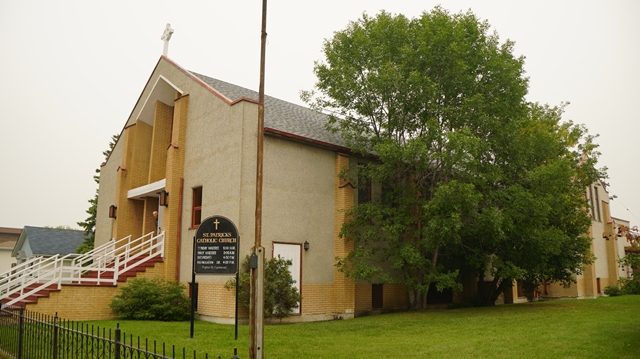 After 68 years of serving Catholics in central Edmonton and beyond, St. Patrick Parish will officially close and merge with St. Alphonsus Parish, its neighbor to the east. The last Mass at St. Patrick will be celebrated on Sunday, September 30, at which time their beloved pastor, Father Frank Stempfle, will retire from active ministry.

Archbishop Richard Smith made the announcement to the faithful at both parishes on August 12, following consultations with the priests and pastoral councils at both parishes and the archdiocesan Presbyteral Council. The eventual closure of St. Patrick’s had been recommended in the 1998 Transformation of Parishes plan, commissioned by Archbishop Joseph MacNeil. 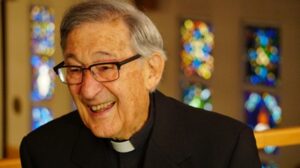 Archbishop Smith had agreed that the parish would remain open as long as Father Frank could serve as pastor.

At the age of 91, after 66 years of faithful service as a pastor in the Archdiocese of Edmonton, Father Frank decided “it was time” to retire.

We pray that Father Frank and his parishioners receive God’s abundant grace and blessings as they prepare for this transition.