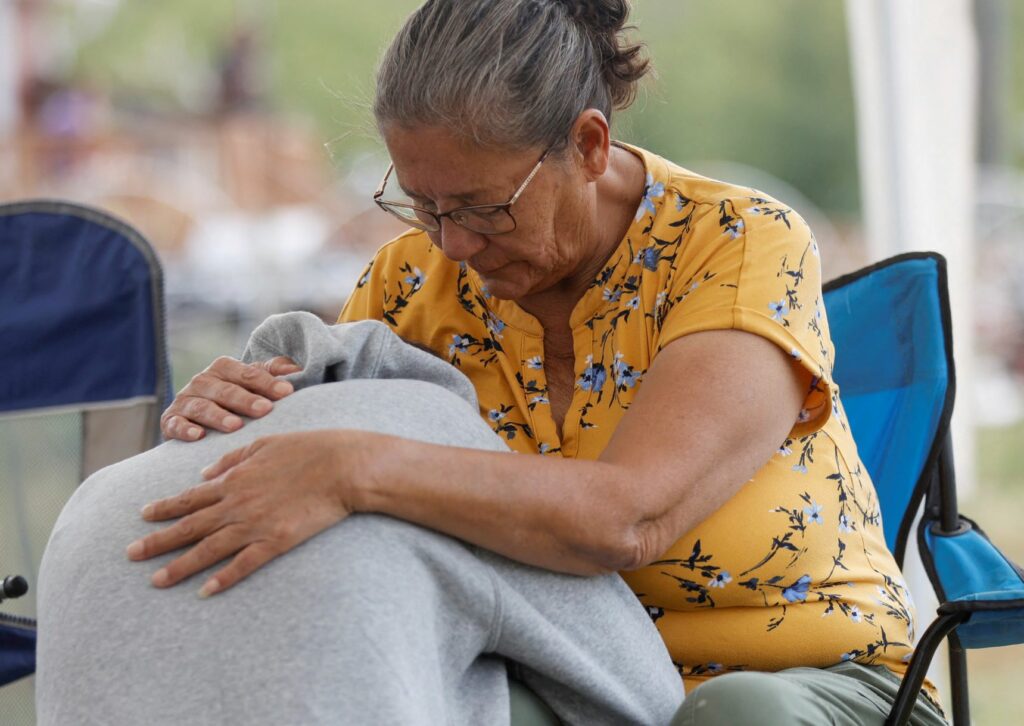 PRINCE ALBERT – Catholics joined the local Anglican bishop and others across Saskatchewan and the nation in praying for the victims and survivors of a stabbing spree on the James Smith First Nation and in nearby Weldon, Sask.

Among the 10 dead is one of the suspected perpetrators, Damien Sanderson, who is alleged to have carried out the early morning spree Sept. 4 in the communities near Prince Albert with his brother Myles. The two communities are about 20 kilometres apart.

At least 18 people were injured.

The Diocese of Prince Albert asked its followers on Facebook Sept. 4 to “pray with (Anglican) Bishop (Michael) Hawkins and the community of James Smith First Nation and Weldon.”

Bishop Hawkins led a prayer vigil that was recorded and posted on social media.

“Like all of you I am reeling from the news from this morning and today about the unspeakable tragedy at James Smith reserve and in Weldon,” said Bishop Hawkins. “It is hard to imagine the terror, the grief, the concern, the sorrow and trauma of the families and the people.”

“At the time, Archbishop Justin spoke in reference to the experience and legacy of the residential school as a ‘living hell,'” said Bishop Hawkins. “Surely what the people of James Smith have gone through today, and are experiencing now, is a living hell.”

“Having visited James Smith Cree Nation earlier this year, I’m appalled and deeply saddened by the fatal stabbings there and across Saskatchewan this weekend. I mourn with the community and pray that God would comfort all those experiencing such unimaginable anguish,” said Archbishop Welby.

The stabbing spree has shocked the nation and led to alerts across Saskatchewan and the neighboring provinces of Manitoba and Alberta, as police originally were looking for two brothers suspected of carrying out the attacks. By Sept. 5, police had narrowed the search down to one suspect – Myles Sanderson – as his brother was found among the dead in James Smith.

The suspect had not been apprehended, but police had alerted residents of James Smith Cree Nation to shelter in place after a report of a possible sighting of him.

“We at Greater Saskatoon Catholic Schools are deeply troubled and saddened by news of the tragic events at James Smith Cree Nation and Weldon over the weekend. We pray for the souls of those who were killed, for a speedy recovery of those injured, and comfort of God the Creator for those who mourn.”

Schools did open, but the board said it understands if “parents do not feel comfortable sending children to school.”