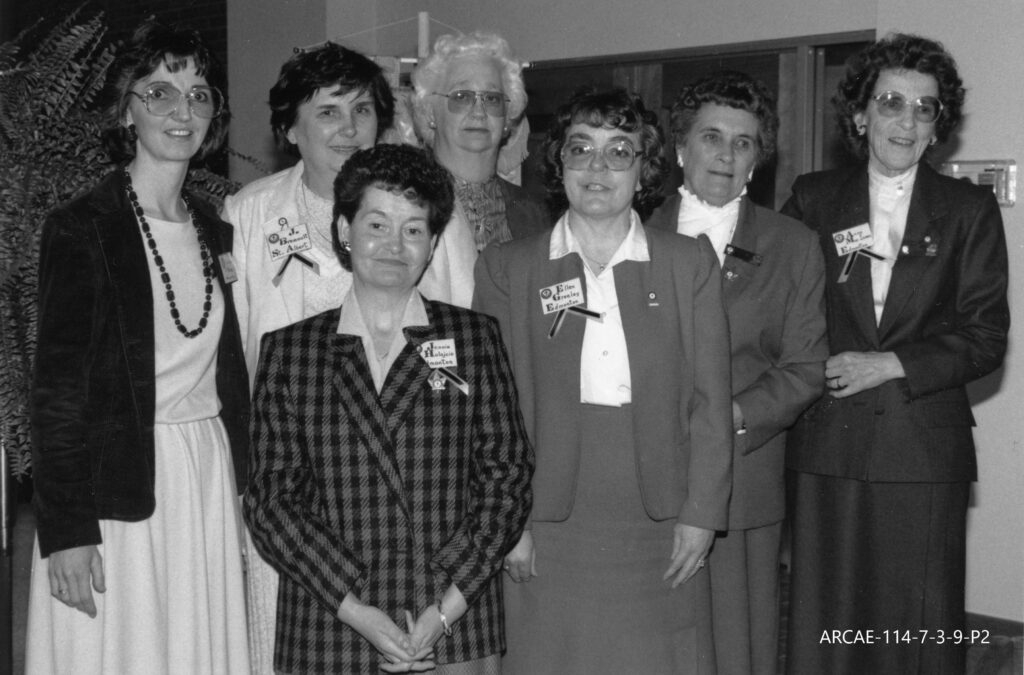 “Catholic and Living It” is the motto of the Catholic Women’s League as it celebrates 110 years of service, right where the CWL was originally founded, here in Edmonton.

CWL members are involved in many projects including support for the people of Ukraine, Refugee Bag Projects which include personal care and children’s items and the restoration costs of the stained glass windows at Sacred Heart Church of the First Peoples in Edmonton and the prayer shawl ministry which focuses on creating what are alternately called prayer shawls, comfort shawls, peace shawls or mantles. 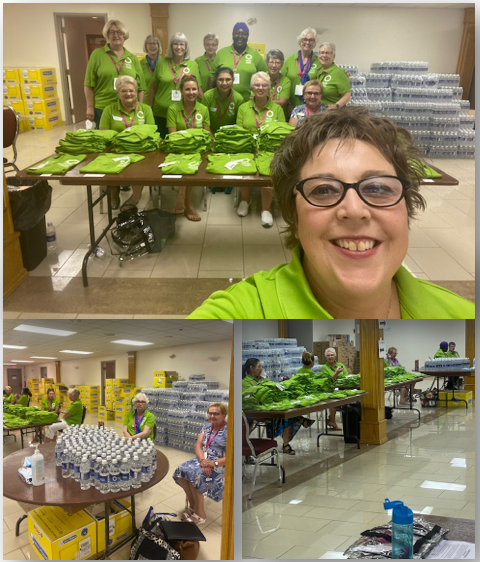 Read the history of the CWL

The Catholic Women’s League of Edmonton will be celebrating its 110th anniversary on Sunday, Nov. 13, fittingly, with Mass at St. Joachim Catholic Church, 9928 110 St NW, Edmonton, at 9 a.m. followed by breakfast at 10:30 a.m. in the Chateau Louis hotel, 11727 Kingsway Ave. NW. Proceeds from ticket sales will be going towards the Edmonton Diocesan Council stained glass window for Sacred Heart Church of the First Peoples.

In this interview, Clover Oryschak, Edmonton diocesan president, shares her own insights into the Catholic Women’s League.

What is your own personal involvement in the CWL?

I joined the Catholic Women’s League at St Thomas More parish in 2004 when my older daughter was a few months old. I was a new mom looking for fellowship with other Catholic women, hoping they could provide sage advice on raising a family, help me grow in my faith, and provide opportunities to do some community service.

What has sustained the CWL over 110 years, and has that mission changed?

As members of the Catholic Women’s League we are known for our tenacity and determination to provide help where it is needed. There are many quiet trail blazers within our parish councils who have been instrumental in making the lives of those in need better. The work of the Catholic Women’s League doesn’t often call attention to itself, but many parishes and communities have benefited from the work of CWL members. Our mission has not changed over the past 110 years of service within the Edmonton Archdiocese. As members we continue to help the most vulnerable in society, advocate for Catholic education, bear authentic witness to our Catholic faith, and much more.

What is the CWL membership currently and how does it reach out to a younger audience?

The Edmonton Diocesan Council is comprised of 62 parish councils from Olds to Onoway and Lloydminster to Jasper. And we are happy a 63rd council is getting ready to activate this year at Sacred Heart Church of the First Peoples. The women of Sacred Heart church have a special place in our hearts as they have helped all of us to better understand indigenous culture and traditions and the pathway to reconciliation. Together, these councils represent approximately 3,700 CWL members throughout the Archdiocese of Edmonton.

It’s in parishes throughout the Archdiocese where young Catholic women encounter the CWL and its core values of faith, service and social justice, and are provided with mentoring from veteran CWL members who have decades of leadership experience. Younger members, such as myself when I joined, are seeking to get more involved in the community, grow in their faith, and have an interest in Catholic social justice initiatives.

Many young members join as a result of being invited by current members in their local parish and via ministry fairs. Information about the Catholic Women’s League is also available through the national CWL website and through the Edmonton Diocesan website. The national CWL has also been hard at work over the past couple of years in better reaching young women across the country as part of its strategic planning initiative. The CWL is already seeing an increase in the number of Catholic women under the age of 40 joining the league. Once women join, they find a sense of belonging within our Catholic sisterhood and friendships they cherish for life.

What does the future look like for the CWL?

The Catholic Women’s League has a rich and vibrant 110-year history in the Edmonton Archdiocese, beginning with Katherine Hughes and other Catholic women who saw a need in their community and joined together to be of genuine service. The mission of the CWL has not changed since those early days. The Catholic Women’s League calls its members to grow in faith, and to witness to the love of God through ministry and service. The league is committed to growing its membership through new programs and initiatives. And the CWL plans to continue to unite Catholic women to: