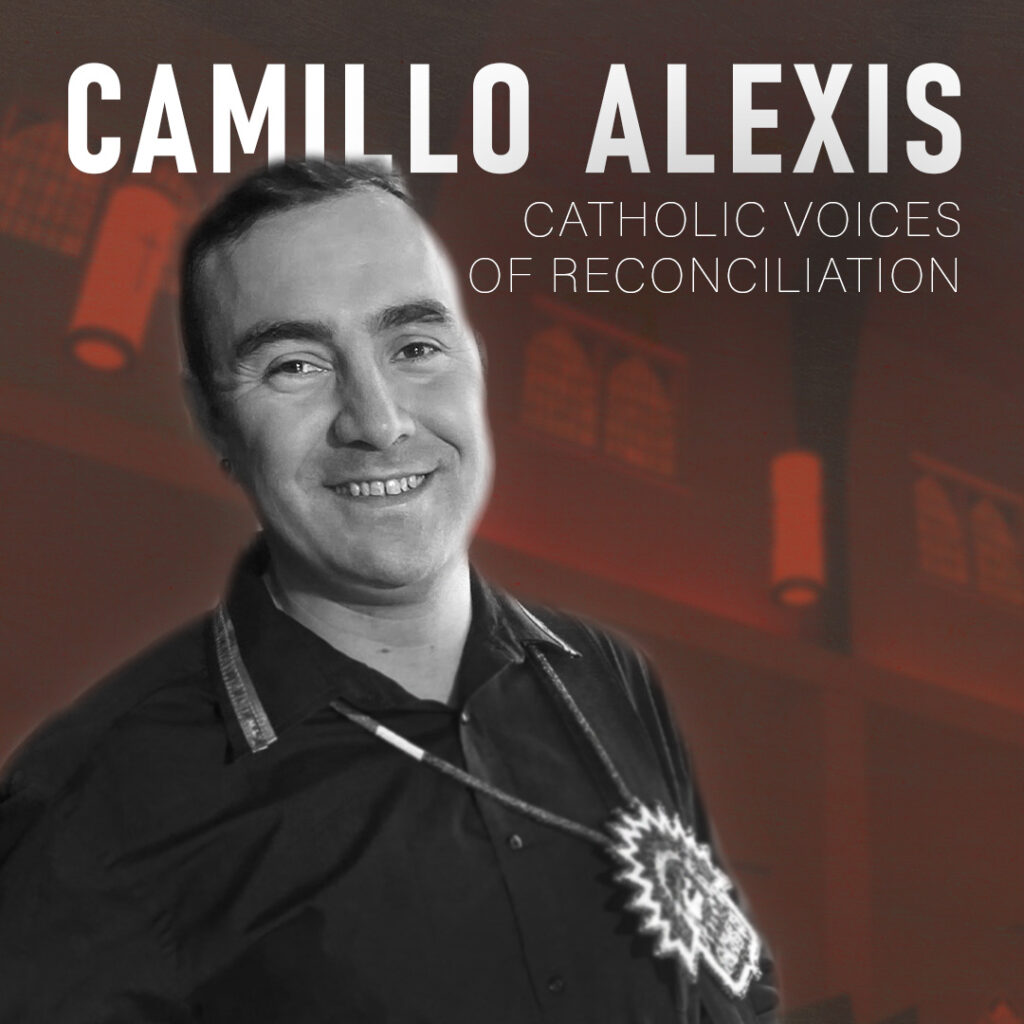 Catholic Voices Of Reconciliation is a series of interviews with Catholic First Nation individuals who were a part of Pope Francis’ visit to the Edmonton Archdiocese. We asked each of them three questions about their experience as both followers of Christ and First Nations people and practical ways that local Catholics can support truth and reconciliation.

Camillo Alexis is from the Alexis Nakota Sioux Nation. His grandfather was a survivor of the residential schools. Camillo is a commercial pilot, he is a lifelong Catholic and he is a member of Our Lady of the Lake parish. Camillo was singing the leadership/honour song both when the pope landed in Canada and when the pope arrived at Lac Ste. Anne during the 2022 Papal Visit.

What is one way that the pope’s visit has impacted you?

The pope’s visit has given me hope. That possibly the Church and Canada can take steps in the right direction towards truth and reconciliation. . . It has also brought out a lot of recognition with a lot of my non-indigenous friends and has opened up the conversation about what has happened and what could happen. So it allowed me to educate those who knew nothing of the conflict due to Canada trying to sweep it under the rug. Hopefully, all parties working together we can move forward and have a prosperous future!

What is one way that the efforts toward truth and reconciliation have blessed you personally?

The movement of truth and reconciliation has blessed me by allowing the world around me to open their eyes and see the truth of what Canada and the Church has done. It allows people to stop assuming the worst of native people and to think twice about the life those individuals in particular have had to live. A lot of native people have suffered heavily because of residential schools.

What is one practical way that people in your local community can support the continued healing between First Nations people and the Church?

One practical way I could personally think of on the spot is that perhaps these churches off the reserve and on reserve could start fundraising and the proceeds would go to residential school survivors and their families. . .  and also perhaps rather than giving money directly to survivors and families, perhaps foundations and other services will support those [who have been affected]. The funds could also go to those that have lost loved ones throughout the residential school’s history. An apology is one thing but action is another.