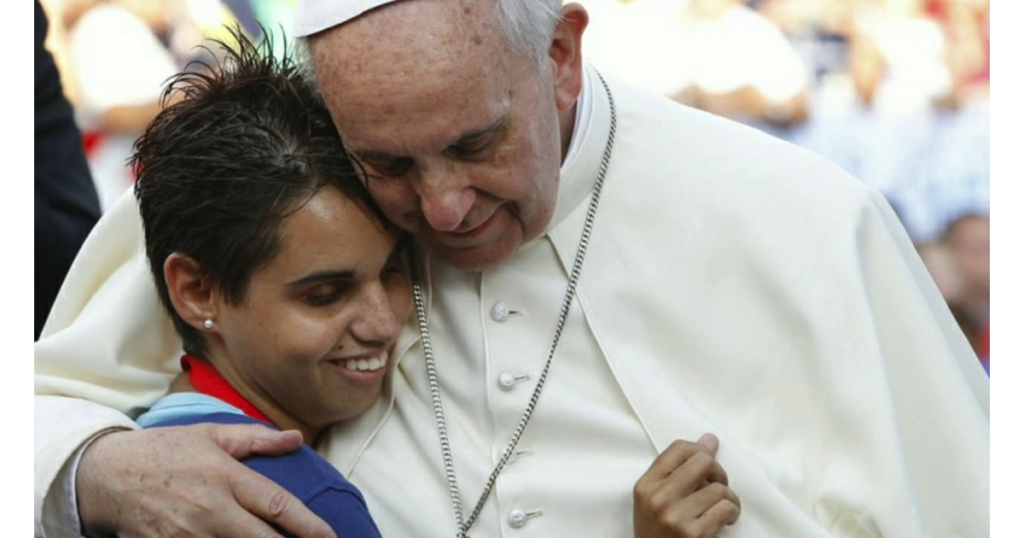 Sharing the love of Christ through action is at the heart of Christianity. Throughout the Gospels, Jesus sets an example of not only preaching the Gospel, but also incarnating love by healing the sick, feeding the hungry and caring for the poor.

At the end of the Extraordinary Year of Mercy in 2016, Pope Francis established the first annual World Day of the Poor as a response to the Christian imperative to “let us not love in word or speech, but in deed and in truth.”

Sunday, November 13 will be the sixth annual World Day Of The Poor, which is commemorated throughout the world by the Catholic Church.

Here are some excerpts from the letter our Holy Father has written to us on the occasion of World Day Of The Poor:

On The Poverty That Can Set Us Free

“The message of Jesus shows us the way and makes us realize that there is a poverty that humiliates and kills, and another poverty, Christ’s own poverty, that sets us free and brings us peace.”

“The poverty that sets us free. . . is one that results from a responsible decision to cast off all dead weight and concentrate on what is essential. We can easily discern the lack of satisfaction that many people feel because they sense that something important is missing from their lives, with the result that they wander off aimlessly in search of it. In their desire to find something that can bring them satisfaction, they need someone to guide them towards. . . the vulnerable and the poor, so that they can finally see what they themselves lack. Encountering the poor enables us to put an end to many of our anxieties and empty fears, and to arrive at what truly matters in life, the treasure that no one can steal from us: true and gratuitous love.”

On Loving The Poor From St. Charles de Foucauld (canonized this year)

“On 15 May last, I canonized Brother Charles de Foucauld, a man born rich, who gave up everything to follow Jesus. . . . Charles’ life as a hermit, first in Nazareth and then in the Saharan desert, was one of silence, prayer and sharing, an exemplary testimony to Christian poverty. We would do well to meditate on these words of his:

“Let us not despise the poor, the little ones, the workers; not only are they our brothers and sisters in God, they are also those who most perfectly imitate Jesus in his outward life. They perfectly represent Jesus, the Worker of Nazareth. They are the firstborn among the elect, the first to be called to the Savior’s crib. They were the regular company of Jesus, from his birth until his death… Let us honour them. . . Let us never cease to be poor in everything, brothers and sisters to the poor, companions to the poor; may we be the poorest of the poor like Jesus, and like him love the poor and surround ourselves with them”

On The Danger Of Excessive Attachment To Wealth

“Where the poor are concerned, it is not talk that matters; what matters is rolling up our sleeves and putting our faith into practice through a direct involvement, one that cannot be delegated. At times, however, a kind of laxity can creep in and lead to inconsistent behavior, including indifference about the poor. It also happens that some Christians, out of excessive attachment to money, remain mired in a poor use of their goods and wealth. These situations reveal a weak faith and feeble, myopic hope.”

From St. John Chrysostom, Doctor Of The Church

“A Father and Doctor of the Church, Saint John Chrysostom, whose writings are filled with sharp criticisms of the conduct of Christians towards the poor, once wrote: “If you are unable to believe that poverty can make you rich, think of your Lord and stop your doubting. Had he not been poor, you would not be rich. Here is something astonishing: poverty has become the source of abundant wealth. What Paul means by “wealth” [cf. 2 Cor 8:9] is the knowledge of piety, purification from sin, justice, sanctification and a thousand other good things that have been given us now and always. All these things we have thanks to poverty” (Homilies on II Corinthians, 17, 1).

As we reflect on our call to care for the poor as followers of Christ, we can ask ourselves:

How will I respond to the call of Christ on my life to care for the poor in my community?

What is a concrete way in which my life as a Catholic is being animated by not just words, but action?

On this sixth annual World Day Of The Poor, pray for those members of our community who are less fortunate or suffering and let your prayer not only be a desire or a word, but let it be connected to a concrete action.