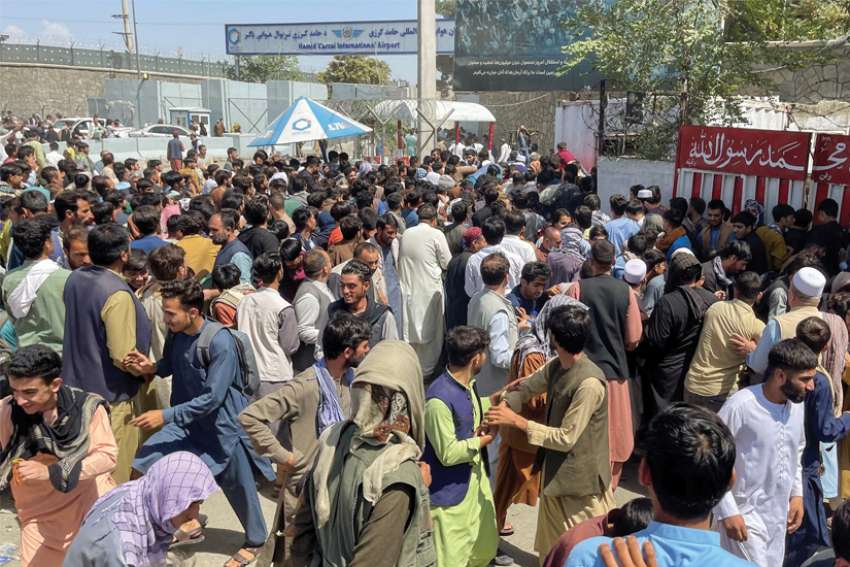 With the evacuation from Afghanistan ending in the days leading up to the withdrawal of U.S. forces Aug. 31, it’s estimated Canada was only able to evacuate 3,700, mostly Canadian citizens and others who worked with the Canadian military during the years our soldiers were stationed in Afghanistan.

Prime Minister Justin Trudeau and the Liberal government have promised to keep working on getting Afghanis facing retribution from the Taliban out of the country, acknowledging that circumstances are making it tough, however.

Early last month, Canada began welcoming the first Afghan refugees and the government has been working with settlement organizations to help these new refugees settle into life in Canada.

In Edmonton, Catholic Social Services has been contracted to aid government-assisted refugees to be settled in Edmonton and Red Deer.

Through CSS, refugees will be connected to essential services — health care, schooling for children and employment opportunities. CSS is taking lessons learned from resettling Syrian refugees in 2016-17 in preparing for this latest crisis.

Kathryn Friesen, CSS’s director of immigration and settlement service, told media that by engaging with the community CSS will make sure refugees will receive the services they need.

About 2,000 refugees are expected to resettle in Alberta. About half are likely to settle in Calgary, according to the Calgary Catholic Immigration Service, which has stepped up efforts to recruit sponsors for the newcomers.

In the nation’s capital, the Catholic Centre for Immigrants has made a plea for financial assistance and housing so that refugees can be moved out of temporary housing.

“We are definitely looking for housing, so if you’ve got an apartment you can see your way to renting, we’re very interested,” Carl Nicholson, executive director of the centre, told CTV News.

When refugees arrive, Catholic Crosscultural Services of the Archdiocese of Toronto says it is ready.

“We’re closely monitoring the developing situation in Afghanistan and are working with our teams to provide support to the community,” said CCS director of programs and services Lisa Loong.

Over its seven decades of serving newcomers, Catholic Crosscultural Services has had plenty of experience helping new immigrants of all kinds, including Afghani refugees, Loong said. The Catholic settlement agency has staff who speak Dari, Pashto and other languages spoken in Afghanistan.

“We have served thousands of refugees and displaced persons. These include Afghan refugees displaced due to various waves of civil wars and human rights violations in Afghanistan,” Loong wrote in an e-mail.

“Our settlement workers will help them to settle and integrate,” Loong said.