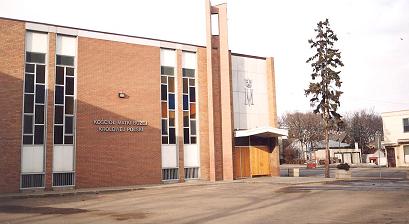 Rev. Marcin Mironiuk, OMI, has been placed on indefinite administrative leave from ministry in the Archdiocese of Edmonton, effective immediately.

Archbishop Richard Smith made the decision Aug. 12 in light of statements by Rev. Mironiuk regarding the Jewish and Indigenous communities and on residential schools, and after consultation with Rev. Mironiuk’s Polish superiors, the Oblate Fathers of Assumption Province, and the affected communities in Edmonton.

Rev. Mironiuk’s statements were made during his announcements following Masses on July 18, 2021. The statements regarding the Jewish and Indigenous communities and residential schools were thoroughly unacceptable and cannot be ignored. They are offensive and have caused further pain to the Jewish community, to the Indigenous community, to residential school survivors and to all Canadians.

As soon as the Archdiocese was made aware of these statements on Aug. 10, they were reviewed, the YouTube video of Rev. Mironiuk’s Masses was taken offline, and his superiors were contacted.

Rev. Mironiuk’s future will be determined by the Oblate Fathers of Assumption Province.

In addition to his removal from ministry, an apology from Rev. Mironiuk will be read in conjunction with the Aug. 14-15 Masses. At that time, the Oblate Fathers of Assumption Province will also issue an apology on behalf of its order.

The Oblate Fathers of Assumption Province will provide a priest to celebrate Masses at Our Lady of Queen of Poland parish.