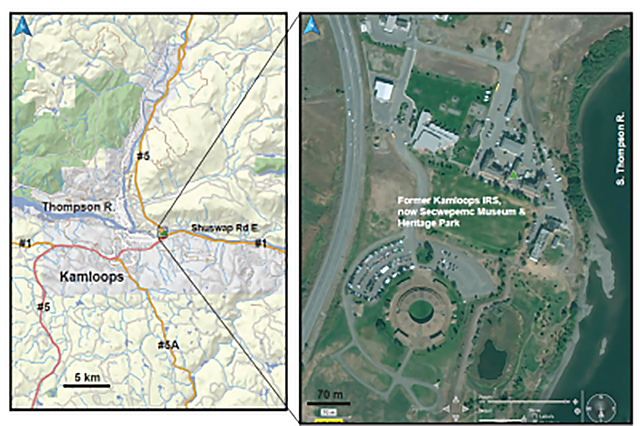 When the Chief of the Kamloops Indian Band announced on May 27 that researchers had located the remains of 215 children in unmarked graves near the former Kamloops Indian Residential School, she said the discovery confirmed what she and her people had long known, that many children had died while attending the residential school.

“We had a knowing in our community that we were able to verify,” Rosanne Casimir stated in a news release, explaining that ground-penetrating radar had been used to locate the graves.

Indeed, as the National Post’s Tristin Hopper wrote in response to widespread expression of “shock” and “disbelief” in the wake of the news, the existence of such graveyards was never a secret.

“Communities and survivors knew the bodies were there, as did any investigation or government commission that bothered to ask,” he wrote.

The landmark Truth and Reconciliation Commission was one such body that did ask, and in 2015 reported that its research showed that, of the 150,000 First Nations, Inuit, and Metis children who attended Canada’s Indian Residential Schools, about 4,000 perished, and many were buried in unmarked graves near the schools.

“It was a rate of death driven by far higher levels of malnutrition, disease, and abuse than the norm at the time in white schools,” the TRC reported.

The TRC report drew on the labours of many investigators and consultants, including Dr. Scott Hamilton, a professor in the Department of Anthropology at Lakehead University in Thunder Bay, Ont., who worked from 2013-15 identifying residential-school-related gravesites across Canada.

His full, 44-page written report Where are the Children buried? was published online only following Chief Casimir’s announcement. Hamilton said in an interview with The B.C. Catholic that he believes his study provides important detail and context for a public grappling with the implications of the Kamloops news.

Of particular concern to him is the fact that many news reports described the Kamloops gravesite as a mass grave, a term most often used to describe sites associated with war crimes or massacres in which people all killed at one time are buried en masse in a site that is then hidden.

The high death rates continued until the middle of the 20th century, when they finally fell to match those in the general population.

Hamilton said the “mass grave” description “misses the point with the residential-school story,” a story that unfolded over more than a century and in which appalling conditions led to high death rates due to disease, the most devastating of which was tuberculosis.

Deceased students were often buried in simple graveyards near the schools because federal authorities provided no funding to send the bodies home or to conduct proper burials.

The result, Hamilton told The B.C. Catholic, was that the children were interred in de facto “pauper’s graves” with simple wooden crosses that have deteriorated and disappeared over the decades. His report found no evidence that school officials intended to hide the graves.

Communicable diseases were a primary cause of poor health and death for many Aboriginal people during the 19th and early 20th centuries, Hamilton wrote in his report.

“Some children might have contracted disease at home prior to attending school, but others were likely infected within crowded, often unsanitary and poorly constructed residential schools,” he wrote.

He also noted in his report that, since the early residential schools operated at a time of high death rates and were associated with missions located close to reserves, “the mission cemeteries likely contain both the bodies of local school children and other community members.”

He also wrote that, in some areas, it is likely that the remains of teachers and their own children, nuns, and priests will also be found in school-related cemeteries.

None of the remains in Kamloops has been identified.

The Kamloops discovery “didn’t surprise me, sadly enough,” he said in the interview. “But what surprised me in the years since I was last involved in this file was that there was lots of talk, lots of ‘we shalls’ in 2015. And as an outsider looking in, I don’t detect a lot of substantive action.”

In his report, Hamilton discovered that not only did the federal government fail to develop a policy on how deceased students should be buried (other than to instruct school officials to spend as little as possible), but Ottawa also produced no plan for the maintenance of cemeteries after the schools closed.

Moreover, Hamilton discovered that while some graves and cemeteries associated with residential schools are known and maintained, “others are now unknown or incompletely documented in the literature, and may even have passed from local memory.”

He found that many of the inactive and overgrown cemeteries cannot be easily identified. “Without formal documentation, it becomes more difficult to offer protection from contemporary or future land development,” he wrote in his report,

“Even when considering presently known and maintained cemeteries, some graves may lie unrecognized after the decay and disappearance of wood grave markers and enclosing graveyard fences. This presents a serious challenge for identifying, commemorating, or protecting unmarked graves and undocumented cemeteries.”

Hamilton told The B.C. Catholic that he had to resort to Google Earth satellite photos and Google Street View images to discover the location of many of the cemeteries.

His report, which was completed in 2015 but published online only following the news of the 215 graves in Kamloops, called for the development of strategies for documentation, commemoration and preservation of the cemeteries – strategies that should be led by the First Nations that are most affected.

He also recommended that additional information about cemeteries “must be sought” from survivors and other knowledge holders; collection and integration of archival data and local knowledge should proceed any potentially invasive technical inspection of a cemetery site; and information about the cemeteries must be made available to planning and regulatory agencies in order to enhance cemetery protection.

Looking back on his work, Hamilton said he spent hundreds of hours trying to find answers to where the deceased students were buried.

“It was often very frustrating, but it became very consuming. It’s something that is important to me, but it is also something that I could do in my small way towards addressing pain and suffering that the kids who didn’t get to go home [experienced], as well as those who survived the experience.”