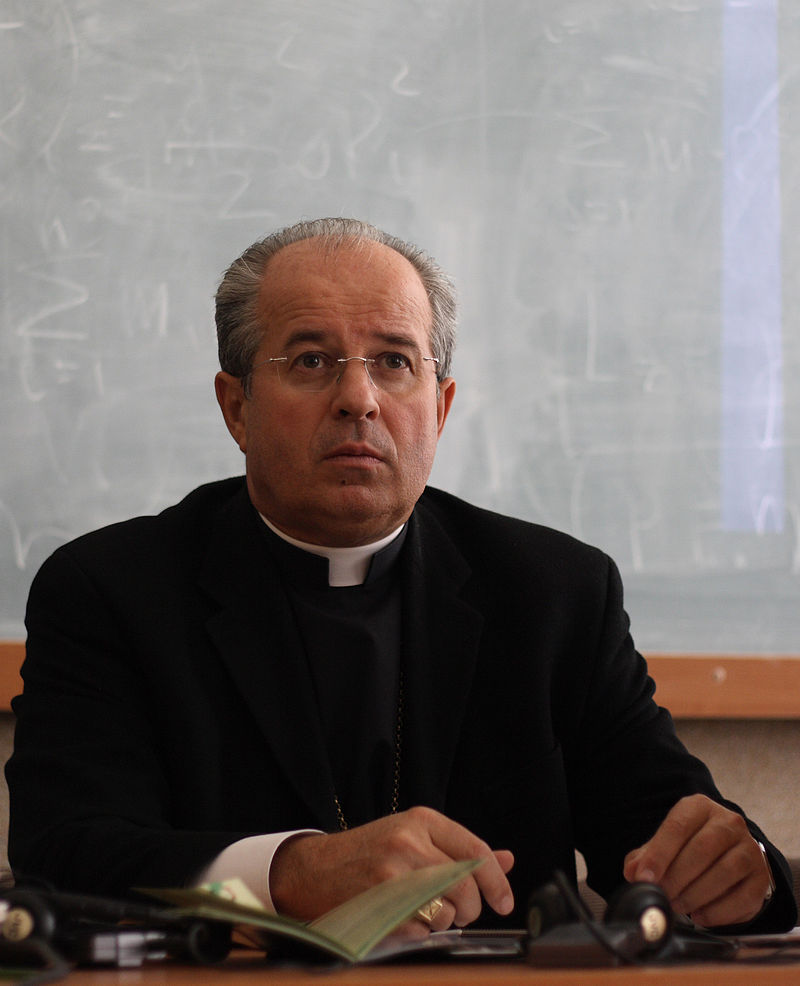 Pope Francis’ new ambassador to Canada has often defended the rights of Indigenous peoples around the world and earlier this year noted they were being hard hit by the ongoing COVID pandemic.

The pope has named Archbishop Ivan Jurkovič the new apostolic nuncio to Canada, a position that had been vacant since the previous nuncio, Archbishop Luigi Bonazzi, was posted to Albania in December 2020.

In February, Archbishop Jurkovič spoke at the sixth Interfaith Dialogue 2021 in Geneva and noted “migrants, refugees, Indigenous peoples, children and mothers” were being particularly affected by the ongoing health emergency.

Last year Archbishop Jurkovič, the Holy See’s Permanent Observer to the United Nations in Geneva, highlighted the plight of Indigenous communities hard-hit by the Covid-19 pandemic in an address to the UN.

Reiterating Pope Francis’s call in the concluding document of the Synod on the Pan-Amazon Region, the archbishop appealed to the international community to restore justice to Indigenous peoples by protecting their lands from expropriation and economic exploitation through legislations.

He also spoke last year at a UN Human Rights Council discussion on racism and condemned “racism and exclusion in any form” and excessive force used by law enforcement against “people of African descent, against people of color and against Indigenous peoples and racial and ethnic minorities in many countries across the globe.”

Archishop Jurkovič has served as the Permanent Observer of the Holy See to the United Nations and Other International Organizations in Geneva since 2016 and has often spoken out against “ideological colonization” and abortion.

The 68-year-old Slovenian archbishop has also acted as the Holy See’s representative to the World Trade Organization and the International Organization for Migration.

His appointment comes amid the firestorm following the discovery of unmarked Indigenous graves at a former Church-run residential school in Kamloops, B.C.

The remains of 215 children at the site of the former Kamloops Indian Residential School were reported by the Kamloops Indian Band in mid-May through the use of ground-penetrating radar. The children were buried in unmarked graves and it is unclear how they died.

The school was the largest institution of its kind and was run by the Church between 1890 and 1969.

The Truth and Reconciliation Commission, which ran from 2008 to 2015, estimated that 4,000 to 6,000 students died as a result of neglect or abuse in the country’s residential schools.

Among its 94 recommendations was a call for the pope “to issue an apology to survivors, their families, and communities for the Roman Catholic Church’s role in the spiritual, cultural, emotional, physical, and sexual abuse of First Nations, Inuit, and Métis children in Catholic-run residential schools.”

Prime Minister Justin Trudeau raised the possibility of an apology during a meeting with Pope Francis at the Vatican in 2017.

Following the discovery in Kamloops, the federal government urged the pope to issue a formal apology for the Church’s role in the residential school system.

Archishop Jurkovič was born in Kočevje, southern Slovenia, on June 10, 1952. He was ordained a priest of the Archdiocese of Ljubljana in 1977, at the age of 25.

After training for the diplomatic service of the Holy See, he served in South Korea, Colombia, and Russia. In 2001, Pope John Paul II named him apostolic nuncio to Belarus.

In 2016, Pope Francis appointed him to the permanent observer role in Geneva, where he spoke on behalf of the Holy See on a welter of issues, including Islamophobia, COVID-19 vaccines, and coronavirus lockdowns.

He is fluent in Slovenian, Italian, English, Spanish, French, German, and Russian.

Archbishop Bonazzi, Archishop Jurkovič’s predecessor in Canada, served as apostolic nuncio from 2013 to 2020. Pope Francis named him nuncio to Albania on Dec. 10.