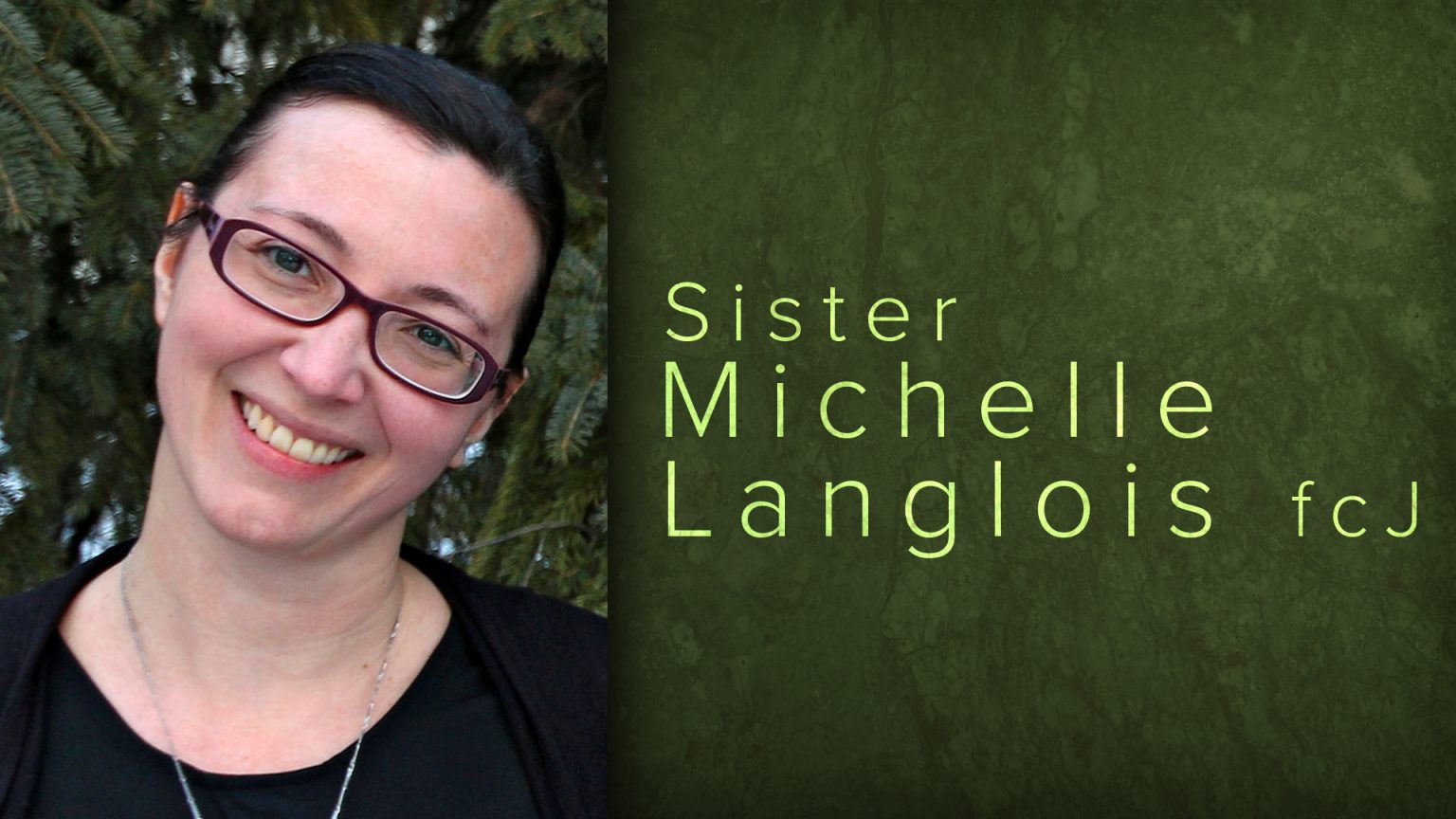 When I first went through the doors of Calgary’s FCJ Christian Life Centre to find out more about Religious Life in 2011, I believed that I had some idea of what I was getting into.

I had an inkling that God was calling me to explore a vocation as a Sister, an idea that wouldn’t go away no matter how much I tried not to think about it.  I didn’t know any Sisters at the time except the ones that I’d seen in the movies.  In the Sound of Music the nuns sing “How do you solve a problem like Maria?  How do you catch a cloud and pin it down?” with kindly judgment.

Clearly, becoming a Sister involved becoming more proper and pious.  I felt certain that Sister Bonnie would recognize that I was definitely not “nun” material.  After all, I hadn’t lived the life of a saint in my 37 years. I was flawed, opinionated and self-centered. No doubt she would eventually, in her warm and gentle way, show me the door.

Much like the character of Maria, I was determined not to be the “cloud” that would be “pinned down.”  How could I, of all people, become a Sister?  I was a strong, independent woman who had made a decent life for herself.  If I recognized, at times, that something was missing, surely that was no big deal.  God had made a mistake, I was convinced, and I would simply put in my time with the Faithful Companions of Jesus Sisters until it became clear to me, to God, to everyone, that this was not the place for me.  However, a surprising thing happened over the next months and years as I became more immersed in the process of discernment: I began to fall in love. And for me, as it was for Maria, love changed everything.

I know that, for many people, it is a strange thing to talk about being in love with God. For most of my life, I would have felt the same way. How can anyone truly love God, someone or something that cannot be seen or heard or touched in conventional ways? How does one enter into relationship with Jesus, a man who died 2,000 years ago? And yet these are graces that are offered by God to those who come seeking and asking, aware of their need, knowing that there is a missing piece inside of them that can only be filled by deeper intimacy with God.

Through daily prayer and engagement with the Scriptures, I fell in love with the Jesus who chose to become a voice for the poor and forgotten. My heart was moved by the kindness, courage and integrity of this man who stood up to the religious authorities of his day despite the fact that it ended up getting him killed. Who could not love such a man, a man who loved so fiercely? Who cannot love such a God who loves so passionately today?

With loving relationship comes transformation. Love changes the way we see those around us. Viewing someone with the eyes of love might help us to find hidden reasons to explain their actions, ones we might not otherwise look for. When a gentle correction is given by someone whose love we are certain of, it may be easier to hear. When we do things for others with love in our hearts, our crosses can sometimes seem more bearable.

There are more than two dozen Women’s Religious Congregations in Edmonton today. In each community there are women who have said “yes” to the Vows of Poverty, Chastity and Obedience. Each woman has a story that is uniquely her own, but every Sister has been called to enter more deeply into relationship with this God who loves us fully and completely. Each woman has recognized the transforming love of God in her life.

On May 31, Edmonton Archbishop Richard Smith will celebrate Mass for the Council of Consecrated Women in the Archdiocese. The 10 a.m. Mass will be livestreamed on Facebook and YouTube.

I no longer worry that I am the “Maria” of my Congregation or that the Sisters that know me secretly sing “How do you solve a problem like Michelle?” behind my back. I am learning to see myself through God’s eyes, through the eyes of love. I am not blind to my flaws, my self-centeredness, and my many weaknesses. Seeing myself reflected in God’s loving eyes, though, does mean recognizing that I am fully and deeply loved, warts and all. Being transformed by that love is an invitation to see others through the eyes of God’s love, too. May all of us continue to let ourselves be transformed by that heavenly love.

-Sister Michelle Langlois, fcJ is chaplain and a teacher at St. Thomas More junior high school in Edmonton. She was honoured recently with a 2021 Excellence in Catholic Education award  from the Edmonton Catholic School Division.