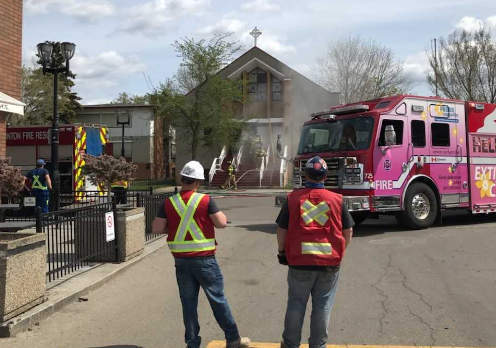 Arson is suspected after fire caused extensive damage to the front entrance of St. Patrick’s church in downtown Edmonton.

Police say the fire began on the front steps around 5 a.m. May 15 and smouldered for several hours. Just after 12 noon, the fire department arrived at St. Patrick’s, located at the corner of 96 Street and 118 Avenue. Police, and three fire trucks, were on scene within minutes. The fire was declared out around 2 p.m.

“I’m grateful no one was hurt,” said Rev. Glenn McDonald, the associate pastor of St. Alphonsus and St. Clare parishes. St. Patrick’s is within their purview. “We have our physical churches, and they can be repaired. The church … it’s the people and the spirit of Jesus within it.”

The St. Patrick’s church building was up for sale. It has been closed since October 2018, after longtime pastor Rev. Frank Stempfle celebrated his final Mass in the church before his retirement. 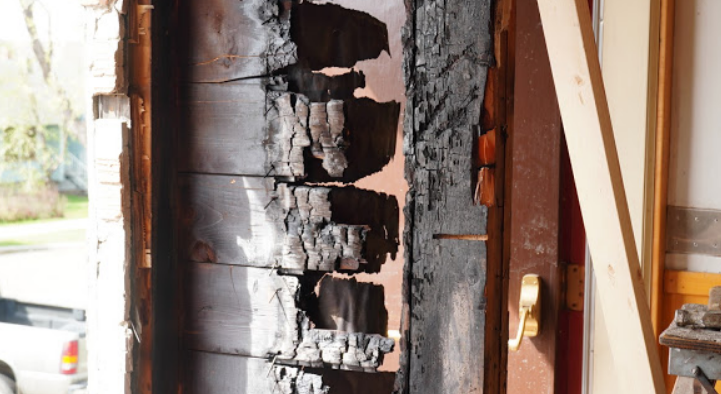 The fire was contained to the front entrance. The main church was not affected. Father McDonald estimates the damage at more than $10,000.

Father McDonald credits three of his parishioners for their help at the fire scene. James Whipple, a parishioner at St. Clare’s church, lives nearby and was among the first to arrive. Lenn Houle is in charge of maintenance for St. Alphonsus church. Another parishioner, Doug Laver, drove in from Sherwood Park when he heard about the fire.

Father Stempfle was pastor at the church for 68 years until his retirement at age 91. In 2017, the street near St. Patrick’s Church was named Father Frank Stempfle Way in his honour. St. Patrick’s opened in June 1950.