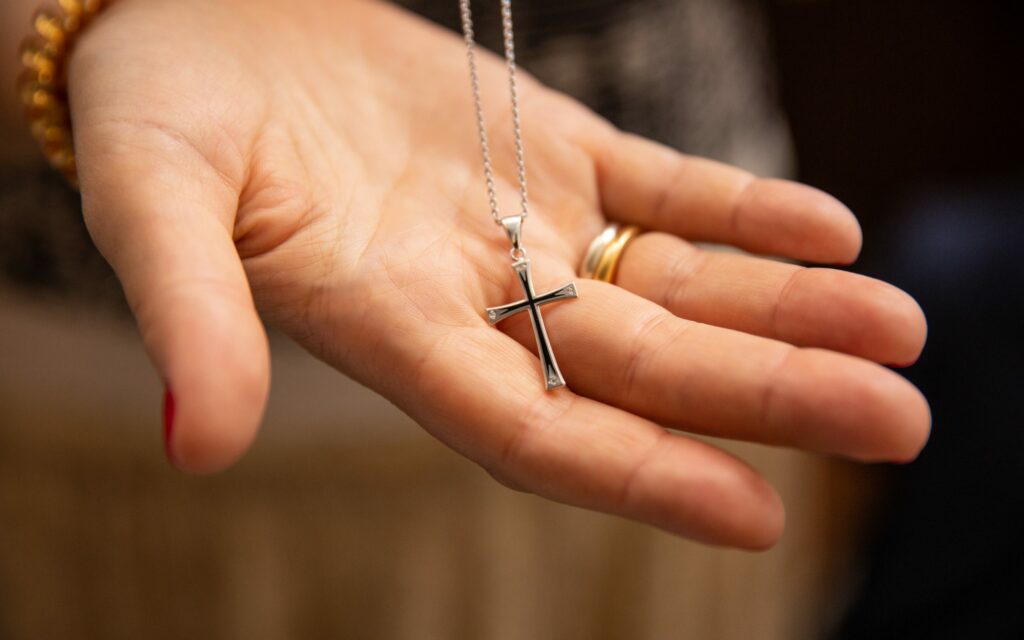 The symbol of the cross traces its origins, of course, to the crucifixion of Jesus Christ.

It’s unclear when Christians started wearing a cross necklace or other jewelry as symbols of their faith, but these days it seems like everyone, not just Christians, is wearing one.

Occasionally these necklaces are received as gifts for rites such as baptism and confirmation. Other times, they come at Christmas or on birthdays. They are intended to be worn as an indication of commitment to the Christian faith. But, more and more, people are wearing them simply as a fashion accessory.

If I am walking down the street and see someone with a cross, whether it be a tattoo or necklace, I’m not going to stop and ask them about their faith. But with friends and people in my social circles, once we are comfortable with each other, I will take the time to ask about their tattoo or necklace.

I often find the answers interesting. I am a practising and devout Catholic, but I rarely wear religious jewelry and I don’t have any religious tattoos. When I meet people who have either, I am always curious about the motivation behind their jewelry choice.

Some people talk about how they are a Christian and I just didn’t realize it. Others talk about how they believe in God but don’t go to church and this is one of their ties to their faith, and others just openly admit that their cross is merely a fashion accessory.

Several years ago, when I was a young Catholic, it seemed like a big deal to be wearing a cross. It was a way for a person to express their faith and the pride they associate with it. Now, following a trend that seems to be affecting many religions, the symbol of the cross isn’t approached with the same amount of sincerity or reverence as it once was.

Observing this trend, it makes me wonder, what does the future hold for the cross and those who wear it as a symbol of religious expression?

The trend in many Canadian workplaces is to move away from displaying obvious indications of religion in the office. Quebec has taken the step of passing legislation to ban religious symbols for most public workers. These include crosses but also clothing such as Muslim headscarves. Although there has been considerable objection to the new law, polls indicate that the legislation is supported by the majority of people in the province.

As this trend of removing religion from public spaces continues to develop, I will be interested to see how it impacts those who wear a cross. Although it has become a trendy fashion item for many, for most Christians the cross is a symbol that carries deep religious meaning.

It is important that society understands that the tiny metal cross many people put on their chain represents something much bigger than all of us.

– Riley, 23, is a journalism student at MacEwan University. This piece was originally published by The Catholic Register.