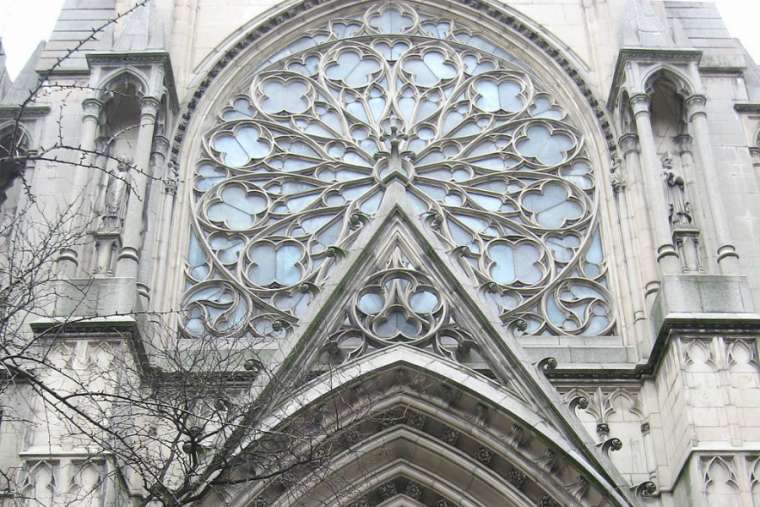 A New York priest who told a prospective seminarian to lie to Church officials about his sexuality has been indefinitely suspended from ministry after a canonical penal process found him guilty of serial sexual misconduct.

“Father Duffell has been directed not to publicly exercise his priestly ministry due to an allegation from the past that he abused his position of authority in a violation of his promise of celibacy.

“The allegation was made first to the District Attorney, and then brought to our attention. This allegation involves an adult; it does not involve a minor. It is important that the archdiocese take such allegations seriously,” Dolan wrote.

A source close to the priest told Catholic News Agency that the allegation involved serial misconduct over a period of years.

A spokesman for the Archdiocese of New York told CNA July 6 that the priest was found guilty of the canonical crime of sexual misconduct in an administrative penal process undertaken by the archdiocese. His suspension from priestly ministry is indefinite, the spokesman said.

Duffell, 75, was ordained in May 1969, by Cardinal Terrence Cooke. He has served mostly at parishes in Manhattan and Yonkers.

At a 2011 conference at Fordham University, Duffell told a participant to lie to Church authorities about same-sex attraction in order to be accepted for seminary formation.

“You’re not broken, the system is broken, and therefore you deal with it as a broken system; you lie,” Duffel said of the participant’s sexuality.

The priest has faced criticism for some activities of the “gay fellowship” at his parish.

In 2017, the parish “gay fellowship” partnered with the Born This Way Foundation, an “LGBT-rights” group founded by entertainer Lady Gaga, to hold a fundraising dance at the church hall.

Duffell was pictured in an Instagram photo with Lady Gaga in 2016.

Last month, the parish’s “gay fellowship” sponsored as a fundraiser a staged reading of the Love! Valour! Compassion! a Terrence McNally play about a group of eight gay men spending three weekends together at an upstate New York vacation home. The event was billed as an observation of the 1969 Stonewall riots, considered to be a landmark event within the “LGBT rights” movement.

After the 2002 passage of U.S. Church norms designed to address clergy sexual abuse – most especially the Dallas Charter – Duffell was among the most outspoken clerical critics of the Church’s policy.

The priest was a co-founder of Voices of the Ordained, a group of New York-area priests who raised concerns about the Charter.

“Ordained ministers of the Gospel are a group very much at risk at the moment. Given the norms approved in Dallas, anyone can make any kind of accusation against us and we’re dead meat,” Duffell told the Washington Post in 2002.

In May 2002, Duffell criticized the initial suspension of Charles M. Kavanagh, an eventually laicized priest who was removed from ministry that month for allegations that he sexually abused a high school seminarian in the 1970s.

“You almost hope the punishment could be leveled after the facts were determined,” Duffell told the New York Times.

“According to the cardinal, this is the policy that has to be in effect because this is what the people want. I wonder if that’s really true. Isn’t somebody innocent until proven guilty?”

The priest was a technical adviser for 2000 film Keeping the Faith, about a priest and a rabbi in love with the same woman, a childhood friend.

Though Dolan’s July 1 letter referred to Duffell as retired, the priest was reappointed as Blessed Sacrament’s administrator for a one-year period in October 2018.

Duffell is listed as the parish pastor on the website of Blessed Sacrament Parish and in the parish’s July 7 bulletin. He was appointed administrator of the parish in 2014, according to archdiocesan records.

Dolan noted that retired auxiliary Bishop Gerald Walsh would serve as the parish administrator until a new pastor could be appointed.

This story is developing, and will be updated.