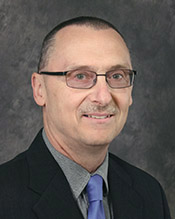 It’s been 30 years since a Supreme Court of Canada ruling overturned the existing law and effectively legalized abortion. On January 28, 1988, Canada became one of few countries with unrestricted abortion.

“What a sad anniversary, because it marks the death of many Canadians whose lives were taken by abortion,” said Stephanie Fennelly, executive director of the Wilberforce Project, formerly known as Alberta Pro-Life.

“The intentional killing of innocent human beings at any stage of development is always gravely wrong,” added Bishop Lionel Gendron, president of the Canadian Conference of Catholic Bishops, in a statement.

“It was a loss for sure, but we know the fight isn’t over, because people know that embryology tells us when life begins in the womb,” Fennelly said.

The Supreme Court ruled that existing abortion provisions violated a woman’s Charter rights to the security of person, and were thus unconstitutional. Since that ruling, there has been no criminal law regulating abortion in Canada. The ruling is named after activist Dr. Henry Morgentaler, who opened Canada’s first abortion clinic in Montreal in 1969, breaking the law at the time.

Abortion is treated like any other medical procedure and is governed by provincial and medical regulations.

In 2016, there were 97,764 abortions in clinics and hospitals reported in Canada, according to the Canadian Institute for Health Information. Alberta reported 12,948 abortions that year.

Canada’s Catholic bishops weighed in on the anniversary of the Morgentaler decision, saying successive governments over the last 30 years have failed to protect the rights of the unborn.

“Abortion merely makes it easier for society to avoid its moral obligations to ensure protection and shelter for the most vulnerable – expectant mothers, the unborn child, and all who are in need. Abortion is never a solution,” the CCCB said.

The bishops add that unrestricted access to abortion “does nothing at all to address the very real challenges which confront a woman when she finds herself facing an unintended pregnancy. Nor does it address any of the other conditions in a society that unjustly limit a woman’s freedom.”

Pro-life advocates also note that abortion continues to have a profound ripple effect, touching the lives not only of the individual mother but of entire families and communities.

“Our hearts go out to the mothers, fathers, grandparents and siblings, because abortion is not just about the mother. It affects families and everyone in it,” Fennelly said.

However, there are options for women, said Vera Fischer, executive director of the Gianna Centre – formerly known as the Edmonton Pregnancy Crisis Centre.

“Expectant mothers are under a lot of stress,” she noted.

While focusing on carrying a baby to term, the Gianna Centre provides fertility counselling, information on adoption services, as well as baby care items, financial and housing support for mothers.

And the Gianna Centre, a Catholic Social Services facility, continues to maintain a relationship with the mother after the baby is born.

“We focus on the mother and the baby,” Fischer said.

Since the Morgentaler decision, unrestricted access to abortion has changed Canada, advocates say.

Fennelly noted that in Alberta, expectant mothers – especially those in rural areas – have had easier access to abortion since last July when the provincial government began providing the abortion drug Mifegymiso (RU486) without cost. Alberta became the second province in Canada to introduce universal coverage for Mifegymiso.

Fennelly noted that a younger generation is taking up the fight against unrestricted abortion. At the Wilberforce Project alone, Fennelly, at age 33, is the oldest advocate.

Although it’s been 30 years since abortion was legalized, Fennelly said she and other pro-life advocates remain undeterred. But in 2016, UAlberta Pro-Life, a registered student club, called off their on-campus demonstration after the university required a prohibitive $17,500 security fee.

Over the course of Lent, from Ash Wednesday on Feb. 14 to March 25, the 40 Days for Life prayer vigil will be held in Edmonton – and across North America – outside abortion clinics. The Edmonton vigil will be held downtown outside the Women’s Health Options clinic.