Pope Francis will visit the Treaty Six Territory of Maskwacis, Alberta. This is a pivotal moment for the world to…
Continue Reading

Catholic Social Services will be welcoming a new Chief Executive Officer in the New Year.

The agency announced Friday that Troy Davies, who is currently serving as Superintendent of St. Thomas Aquinas Roman Catholic Schools (STAR Catholic), will take over the helm of the agency on April 3, 2018.

“Dr. Davies possesses years of experience in administration, board governance, and strategic planning,” Catholic Social Services (CSS) said in a news release. “He has expertise in leading teams and delivering on organizational goals in faith-based organizations.”

Davies said he feels blessed and honoured by the appointment. 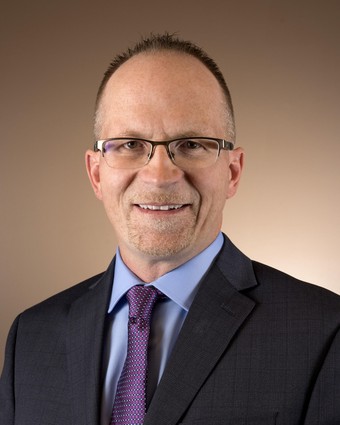 “I am very excited by the new career challenge that lays ahead,” he said in a news release from STAR Catholic. “I look forward to transferring my skills to another professional sector and having the opportunity of serving some of our region’s most vulnerable and marginalized people, while striving to be an agent of hope.

“At the same time, I am sorry to be saying good-bye to STAR Catholic, an organization I have grown to love deeply. I am very proud of the remarkable team of people that work in our schools and division office. Together, we have accomplished so much in the service of students. The school division is in great shape and its future looks brighter than ever.”

Michelle Lamer, chair of the STAR Catholic Board of Trustees, said Davies has been “an outstanding leader with inspiring vision. His passion for Catholic education and his skill and ability in creating strong faith-based learning environments and cultures is exceptional.”

Originally from Saskatchewan, Davies holds a Ph.D. in Educational Leadership and Administration from the University of Alberta. After serving as a principal with Christ the Redeemer and Edmonton Catholic school divisions, he joined STAR Catholic in January 2010 as Assistant Superintendent, and was later promoted to Superintendent in September 2013. He is a Past President of the Council of Catholic School Superintendents of Alberta and also holds a designation as a Certified Human Resources Professional.

He is an active member of St. John the Evangelist Catholic Parish in west Edmonton and has volunteered with L’Arche, the St. Vincent de Paul Society, and the Hope Mission.

Catholic Social Services is one of Canada’s largest multi-function social services agencies, operating 65 ministries in areas such as community outreach and disability; immigration and settlement; and children, family and community service. A charitable arm of the Archdiocese of Edmonton, the agency has over 1,800 employees and hundreds of volunteers, serving Edmonton and communities across central Alberta.

Davies was appointed following an extensive search in the fall of 2017. He succeeds Stephen Carattini, who had served as CEO for the last five years.