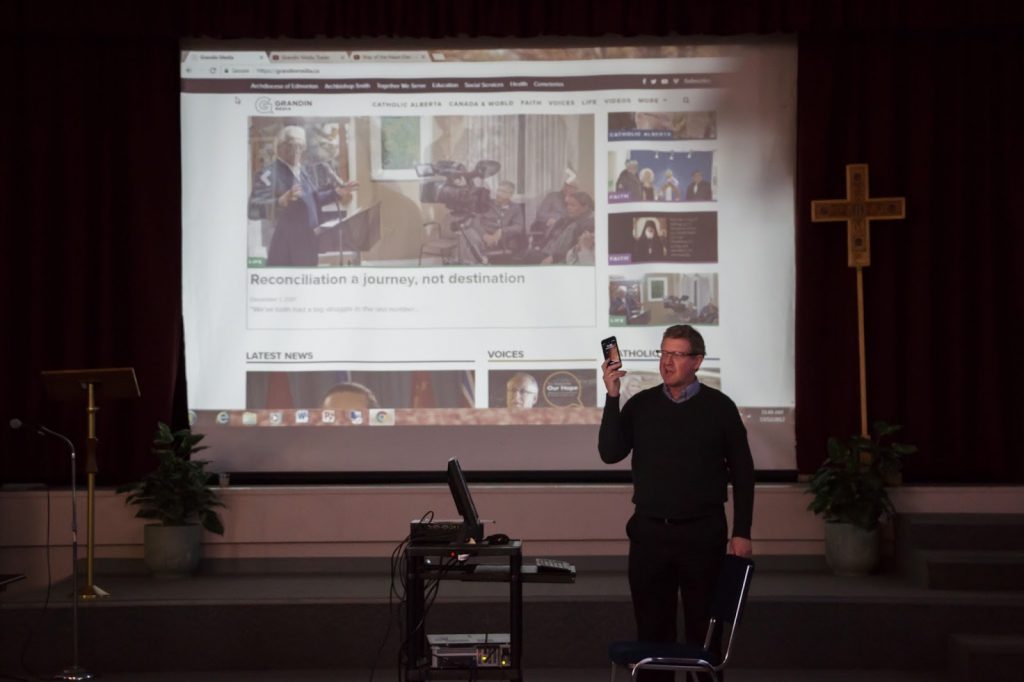 This past week the Archdiocese of Edmonton launched Grandin Media. A dimension of our Office of Communications and Public Relations, Grandin Media is a digital news portal aiming to tell the story of the beautiful things that happen when we discover the difference that Jesus Christ makes.

This initiative takes its name from Vital-Justin Grandin, the Oblate missionary who was appointed the first Bishop of the Diocese of St. Albert, which later became the Archdiocese of Edmonton.

When established in 1871, the Diocese covered a vast territory: large parts of the present Alberta, Saskatchewan and the Northwest Territories. Bishop Grandin needed to go where his people were, and much of his travel – thousands of kilometres over the years – was by snowshoe.

Today we are motivated by the same need to reach people where they gather with the life-transforming message of the Gospel. However, the gatherings of today are increasingly virtual, largely facilitated by the omnipresent smartphone.

Well, if this is where people gather today, we want to be there with them. Hence, Grandin Media.

The circumstances in which our evangelical task unfolds have changed dramatically, yet its urgency has in no way diminished.

The exigency is underscored by a rich biblical image that we encountered in the Gospel passage on Sunday: the wilderness. The passage from the Gospel of John records the self-identification offered by St. John the Baptist: a voice crying in the wilderness (cf. Jn 1: 6-8, 19-28).

The wilderness in which the Baptist lived, preached and baptized was the dry and barren Judean desert. That traversed by Bishop Grandin, though different, was often equally harsh.

In our day, the Church, too, speaks into a wilderness, yet one of an entirely different order.

On the weekend after one of the masses I celebrated, I met a man who told me that his step grandson had died of fentanyl poisoning and would be buried later that day. How terribly and deeply sad and tragic. 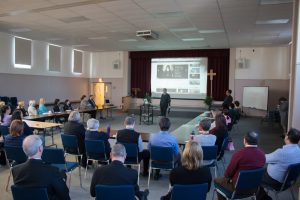 It is also darkly symptomatic of an underlying malady. Beneath all the glitz and glitter, the falsehood and pretence that mark Western culture lies a vast wilderness of the soul, to which not only drug addictions but also the growing pervasiveness of pornography, the feverish pursuit of material wealth, and the general experience of angst all point. It is the broad desert of sadness that arises from an inability to find truth, peace and happiness.

Into this wilderness we are called to speak.

It is a mission that Grandin Media willingly undertakes, yet it is incumbent upon all disciples.

Our message is simple and clear: things need not be this way! There is an alternative to the rapid desertification of the human spirit that is harming so many lives.

The difference is given in Jesus Christ. His Incarnation and birth from the Virgin Mary, his death and resurrection, and his bestowal of the Holy Spirit has forever changed human history.

His is a victory that no evil can diminish or take away. When we allow him to enter our lives, we share in that very same victory that he won on the Cross and our lives will never be the same; what was once barren wilderness becomes abundance of life.

From snowshoes to smartphones. The modalities differ but the message remains always the same: turn to Christ and find in him the truth that sets us free, the peace that nothing can take away, and the happiness for which we are made.