We spent today in Bethlehem. Excitement filled the buses as we set out. In ours, we sang some Christmas carols while en route, which was a beautiful preparation for the Christmas Midnight Mass we celebrated at St. Catharine’s church, adjacent to the grotto of Jesus’s birth. (This is the same church from which midnight mass is broadcast around the globe every year.) Thereafter, we went next door to the Church of the Nativity and venerated the actual birth site of Jesus. Added to this wondrous blessing was the rather more mundane gift of being able to do this in relatively short order! (Only a month ago groups were having to wait six hours to visit the grotto; our wait was less than one.) 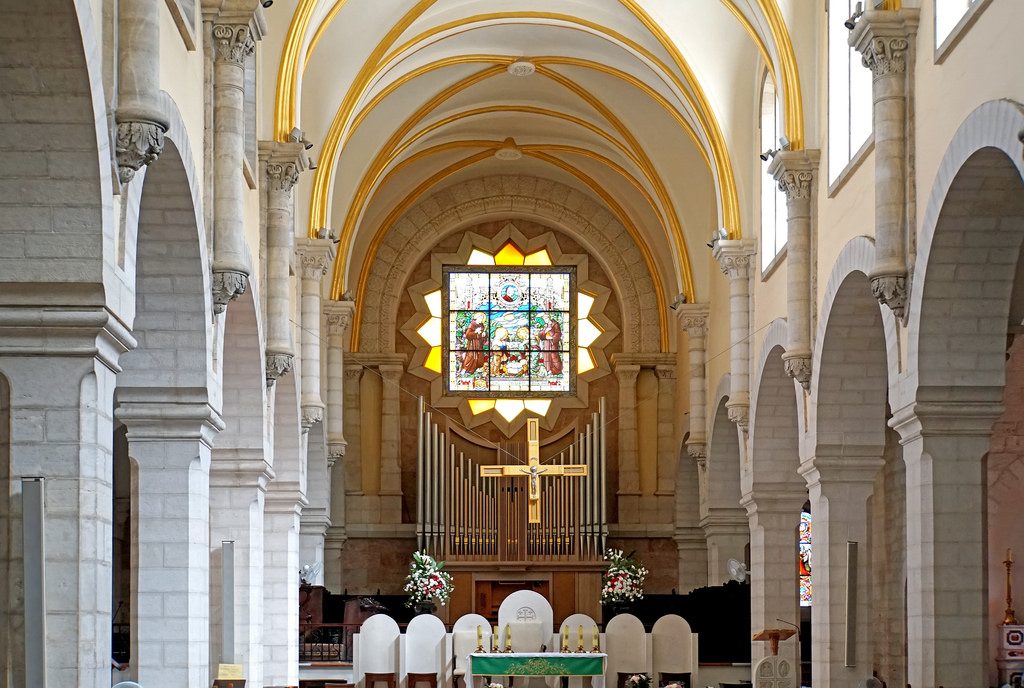 Our next visit was to Shepherd’s Field. We gathered in a cave that would have been used by shepherds in the time of Jesus. There we sang Christmas carols that recalled the angelic announcement to the shepherds of the birth of the world’s Saviour. We won’t forget that anytime soon!

At the same time, we could not help but notice the very sobering circumstances in which our visit to these holy and joyous sites was occurring. To enter Bethlehem from Jerusalem we had to pass through a high and heavily fortified security wall. The birthplace of the Prince of Peace is today surrounded by a visible symbol of separation and division. Tensions in the area are not far from the surface. This became immediately evident to us as the local people here worried about the regional and global fallout from the anticipated recognition by the United States of Jerusalem as the capital of Israel.

All of this left us wondering about what to do with what we were hearing. Today we heard and celebrated the Gospel’s announcement of the birth of Jesus Christ as Saviour. Yet, it is clear from the physical and moral walls that continue to separate people that the evangelical message has yet to be heard and received. What are we to do? The holy sites themselves give us some direction. 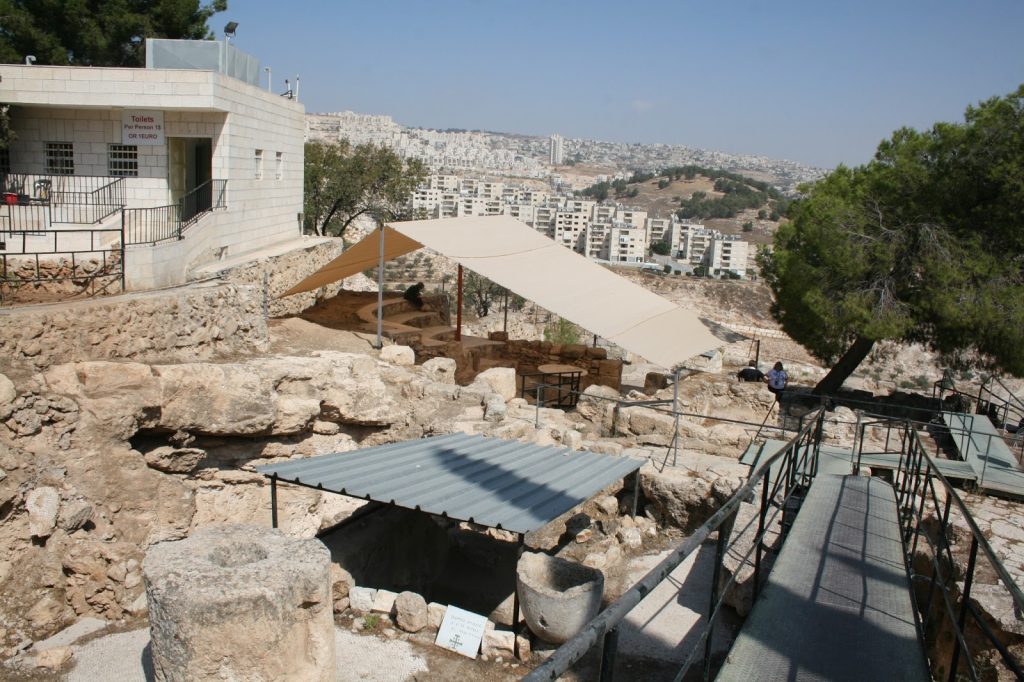 At Shepherd’s Field, we listened to the account of the announcement to the shepherds (Luke 2: 8-20). Instructive, as always, is the example of Mary. We are told that, when the shepherds had reported to her all that they had heard from the angels, she “treasured” the words and “pondered them in her heart.” These expressions mean that she received them and sought to look deeply into their meaning. Well, we’ve been hearing a lot of words, not only here but also throughout the places visited by this pilgrimage. It is clear that Mary is showing that the appropriate response is to receive them with the utmost seriousness by allowing them to sink in and transform our lives. Furthermore, the haste of the shepherds to make known to others what they had heard reminds us of our duty as followers of Christ not to hesitate in bearing witness to the Gospel.

Our reflection is carried further by two other aspects of Bethlehem. Immediately upon arrival and just prior to the mass, we visited some caves beneath the church. One is where St Jerome lived for thirty-eight years, translating the Bible from Hebrew and Greek into Latin. The other is identified by tradition as the place where the angel warned St Joseph to flee from danger to Egypt with Mary and the child Jesus. Each has a message.

We may not be able, like St Jerome, to translate from Hebrew to Latin, but we do have the responsibility of translating God’s Word into a life of virtue, marked by worship, witness and service. St Joseph’s dream reminds us that political and cultural dynamics inimical to the Gospel’s message of reconciliation and peace are nothing new. What is new, in every generation, is the power of the Gospel to engage and transform our world, if only it be received in the depths of the human heart.

This, though, requires courageous witness on the part of those who have, in fact, received that Word. Well, that’s us! Bethlehem teaches us what we have to do with what we’ve received. Our prayer is that the Holy Spirit will give us the wisdom and boldness to be faithful to our duty.