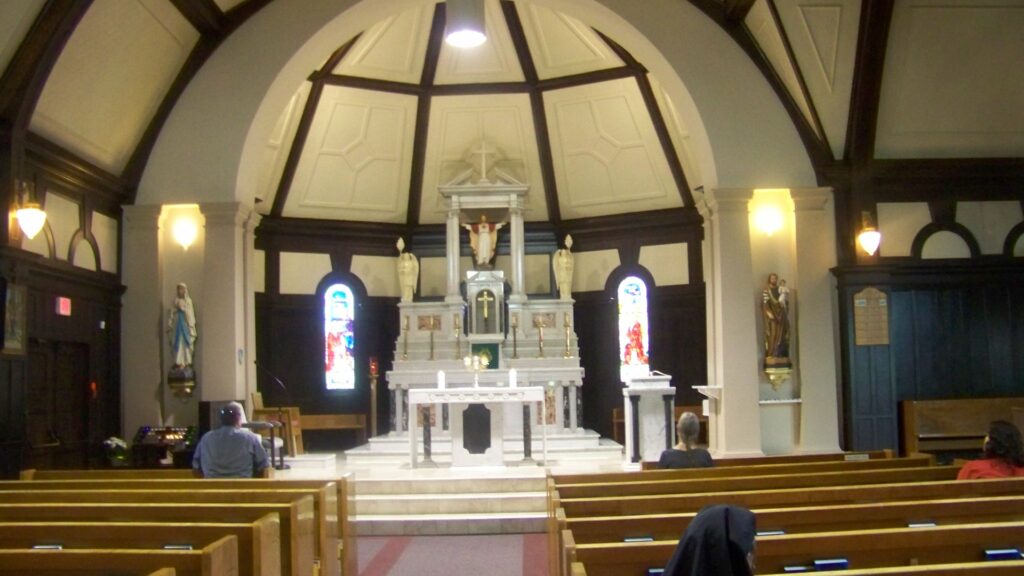 Kamloops Bishop David Monroe, 69, has been removed from the intensive care unit of Kamloops Royal Inland Hospital, where he continues to recover after being viciously beaten at Sacred Heart Cathedral Oct. 22.

Monroe remains in serious, but stable condition in the hospital.

According to a diocesan press release, a man requested to see a priest and was taken to see the bishop.

Monroe admitted the man, who was bleeding profusely, into the rectory and took him to the kitchen.

Father Vincent Asomugha, heard a commotion and came to help but fell and dislocated a shoulder. The bishop was found unconscious on the kitchen floor in a pool of blood.

The man is believed to be suffering from mental health issues and is not thought to have any connection with the Catholic Church, a police spokesman said.

Father Derek Cameron was outside the building, heard the yelling and called 911. Police responded with dogs, a helicopter and the serious crimes unit, following a trail of blood, said Sgt. Scott Wilson.

The trail and the search ended at the Thompson River, where police believe the suspect swam to the north shore.

Police found the Kamloops man at about 1 a.m. hiding in a shed on his father’s property at G&M Trailer Park.

The suspect smashed a window in the hospital at about 8:50 p.m. and fled, said Wilson. The cathedral is a short distance from the hospital.

On Oct. 25, John Bandura, 30, was remanded in custody for a psychiatric assessment after a brief court appearance. He was charged with aggravated assault, assault with a weapon and mischief in connection with the attack

Monroe has served as bishop of Kamloops since 2002.